Dashi= According to a Japanese/English dictionary, this word means “Parade float, festival float.”  But in reality, it is one of those words that simply can’t be translated accurately because it doesn’t exist in western (English-speaking) culture

I took the above photo in downtown Fukushima City a few days before the festival.  This was announcing the festival and giving names of its participants. 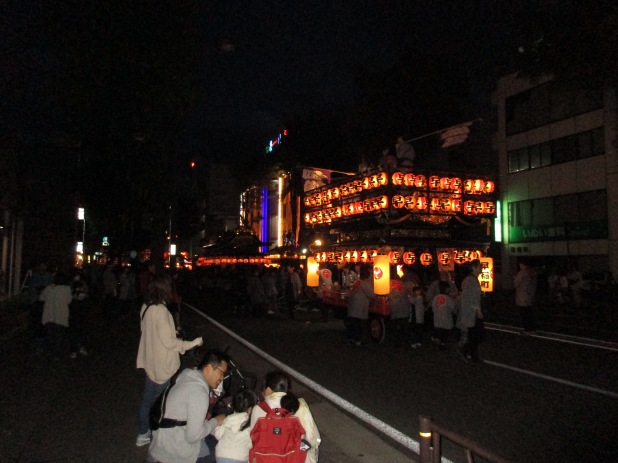 The festival itself was last Saturday.  In the photo, you can see a dashi (festival float.)  Fukushima City and Date Town participated in this festival.

People dress in really interesting outfits—traditional clothes—for festivals!  It’s not mandatory, people do it for fun and tradition.

This woman is wearing a festival hapi coat.  You can see the parade of dashi in the background. 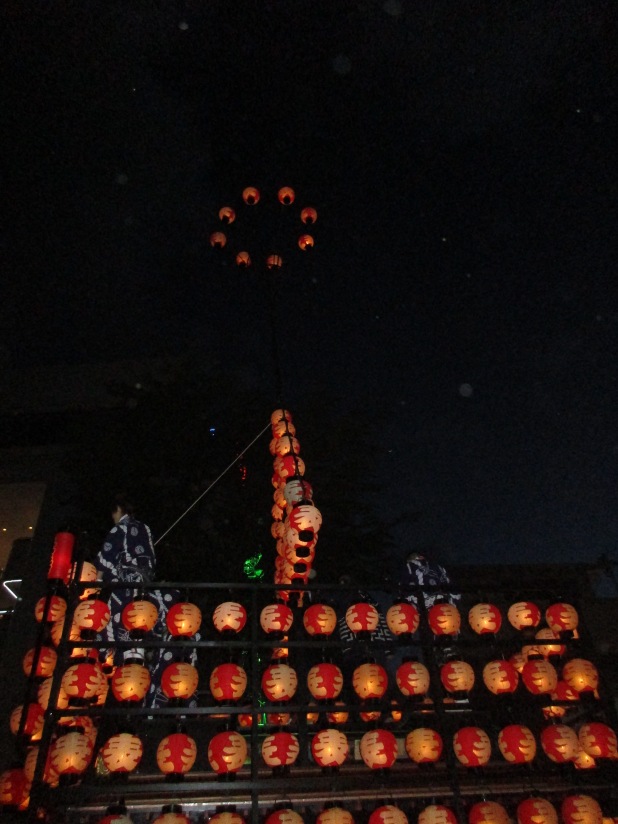 People ride on top and whoop it up.  Dance and so on.

It was crowded.  I have to admit I was quite busy last Saturday, so I didn’t stay long.  Just sort of wanted to see it a bit.  It’s really close to my home.  That’s one of the benefits of living in the downtown area. 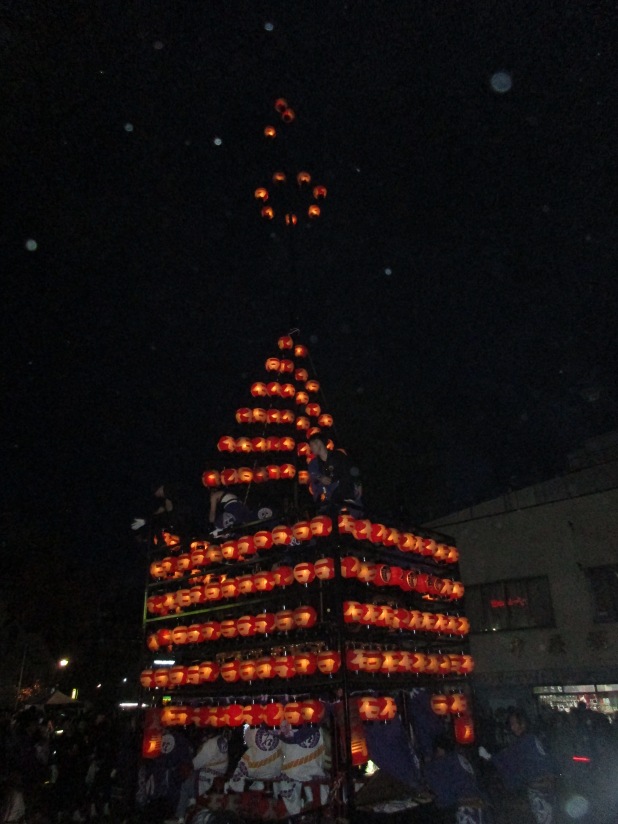 Whenever there are festivals in Japan, there are also stalls which sell food.  This one seemed very popular with kids.  The line stretched on and  on!