At the train station to meet her at the bus stop.  She had taken a bus from Narita Airport to Fukushima City.  This is NOT her backpack.  It belongs to a Japanese hitchhiker who I talked to briefly.

This is the bus stop on the west side of Fukushima train station….where her bus dropped her off.

“The bus ride was nice,” she said.  She watched a video on her ipad and took a nap.  The bus driver stopped twice for bathroom stops with shops and such.  (Although there was a toilet on the bus.) 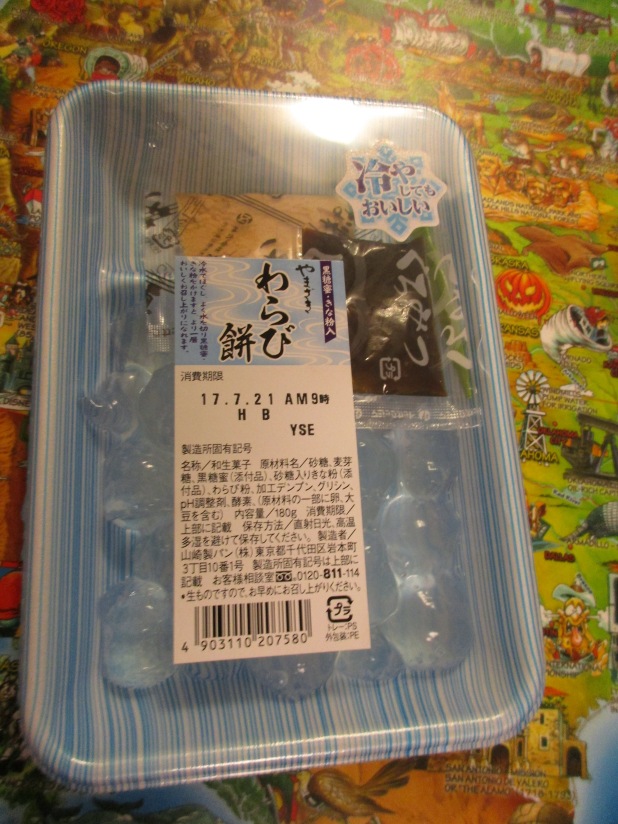 We went to the little supermarket near my house.  She chose this.  Warabi mochi.

She liked the warabi mochi.  She said it was molassey. 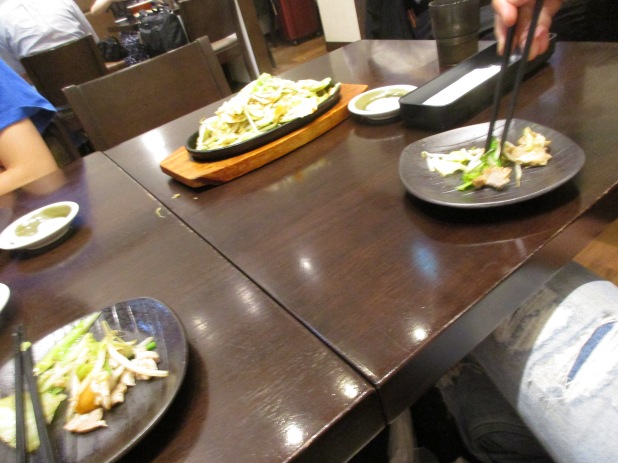 That evening we went to a “famous” potsticker restaurant at the station.  Prime Minister Abe dined there a few months ago!

I had bought a bunch of ice creams I felt were “only in Japan.”  So she picked the green tea shaved ice one and I picked the top one.  But she ended up liking the top one more because it was sweeter so we traded.

1.)  She had no trouble getting here by herself, although the immigration guy was confused about why she was coming to Fukushima.

2.)  She was interviewed by a popular tv show while she was at Narita Airport.

3.)  She experienced an earthquake already.  Yes, already.   The fun has started.

3 thoughts on “My niece is here”