Hey, there is the Fukushima City Art Museum!  A very famous art exhibit came to town.  The Dutch Masters! 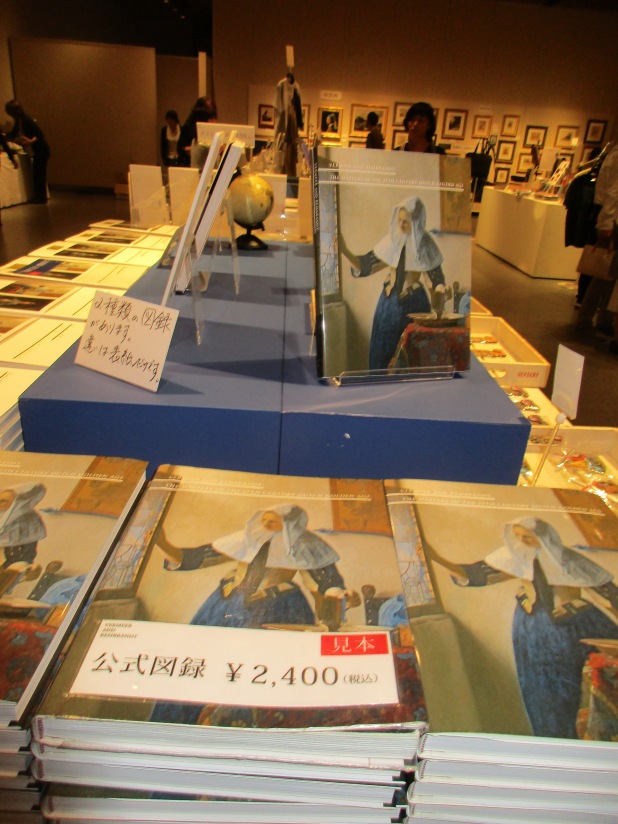 Do you recognize this painting?

And that one on the right?   Isn’t she beautiful. 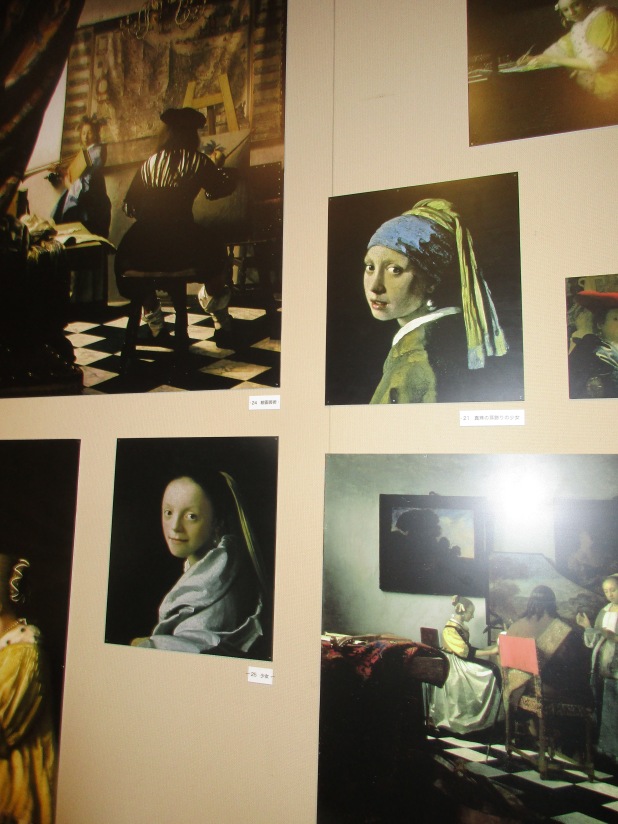 I wonder if these girls knew that their faces would be seen by us.  I wonder what they were thinking.

Lots of fun stuff to buy in the gift shop! 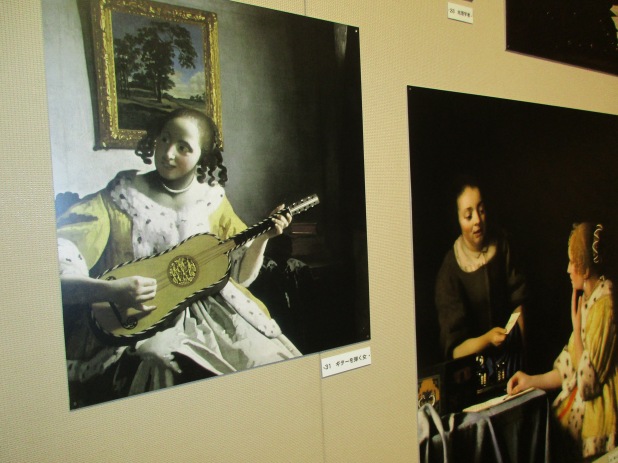 Do you think she is bored?  Sleepy?  Daydreaming?

Pamphlets for the next exhibit…which is now the current exhibit. You have until July third to see “Rebirth of the Wolf.”

Japan has lots of art museums to choose from! 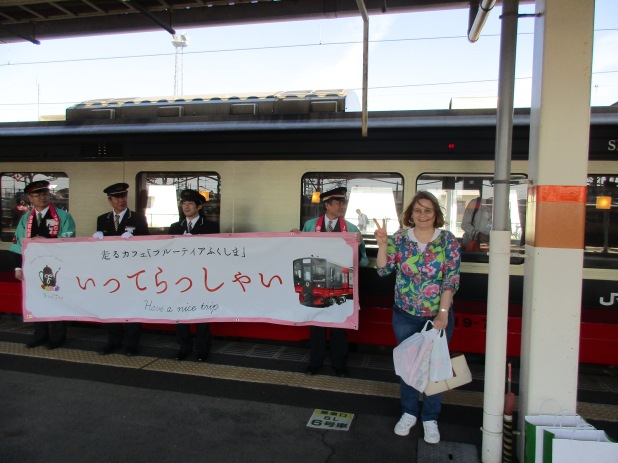 When we were about to leave Aizu-Wakamatsu City, my husband said he had a surprise for me.  After all, it was my birthday! And Mother’s Day!   So what could it be?

A ride on the Fruitea Train!

It’s two special cars added on to the regular train to Koriyama City.  And it’s first class all the way, baby! 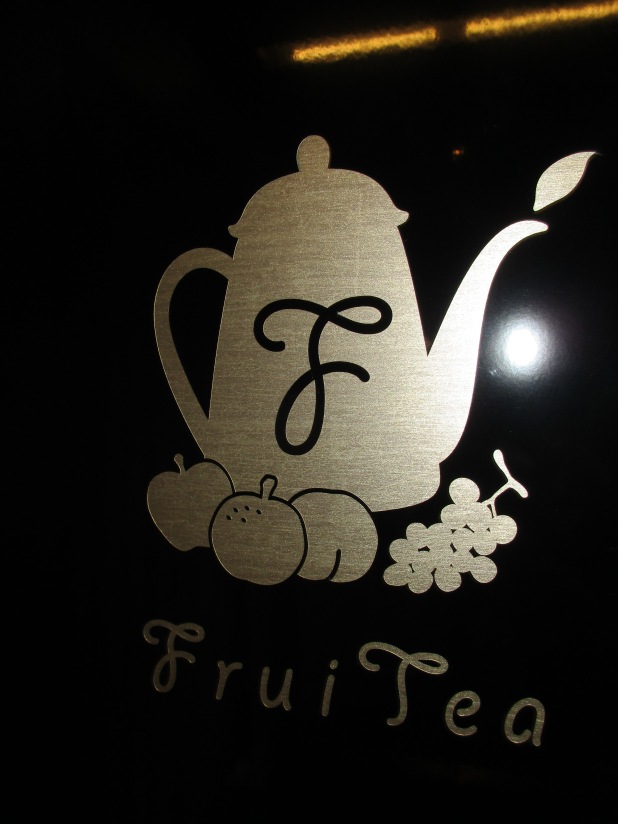 It’s called FruitTea because Fukushima Prefecture is famous for its fruit, and this first class car serves delicious fruit cake!

Each passenger was served two fruit laden pieces of cake, plus coffee and juice.  Oh, and a cookie.  I know, you’re wondering:  Where’s the tea…?

The tea was in this car, which was adjoined to our car.  It’s self service drinks.

We could watch the train go down the tracks. Since it was Mother’s Day, our Fruitea car was full of happy wives, doting husbands and train-crazy sons.  (Yes, pretty much all the children were boys!) 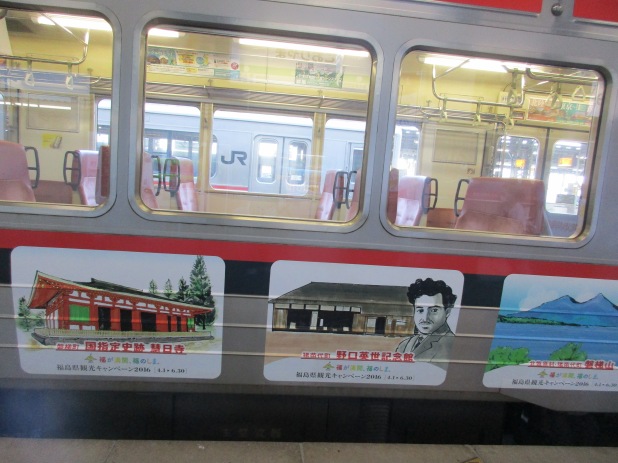 What fun!  Here is a photo of the regular part of the train.  I snapped it as we were leaving.

This is a box of cookies with famous people from Aizu-Wakamatsu on it.

Next:  Gamo Ujisato, a samurai

On far right:  Byakkotai, a group of boys who died by their own hands during a war

Me with a bust of Noguchi Hideyo, at his former doctor’s office 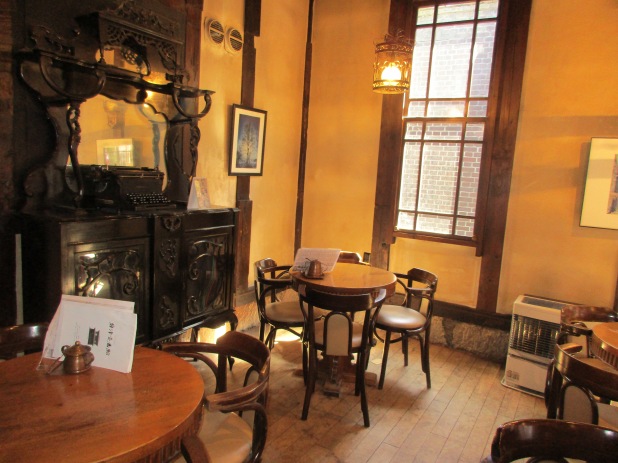 This is Noguchi’s former doctor’s office. It is now a charming cafe.  A great place to relax!

When we were in Aizu-Wakamatsu City, we visited this beautiful and slightly zany temple.  It was constructed in 1796. 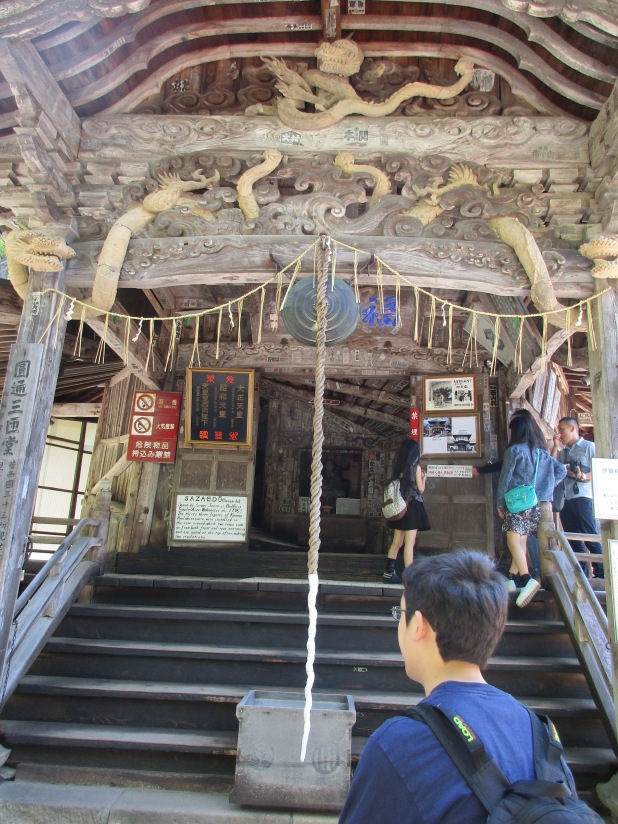 Let’s go inside, shall we? 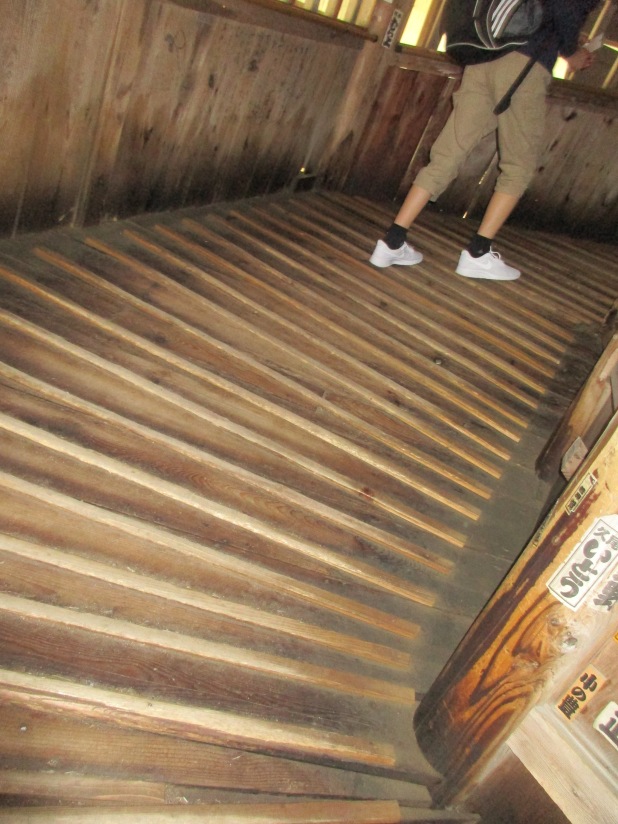 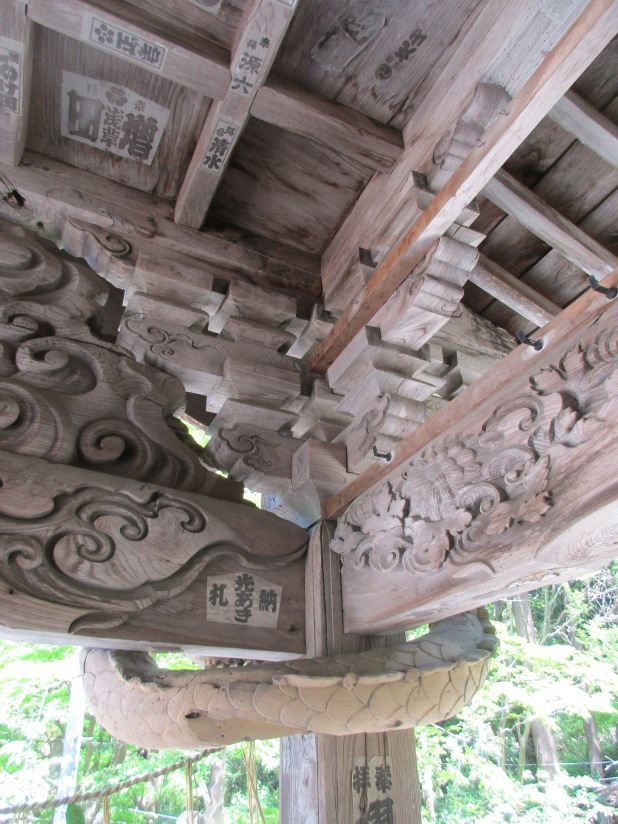 This temple was truly fascinating.

And afterwards, how about some refreshing soba ice cream?  Mmm….Delish!

Sazae is a word for a type of shell.  Sazae San and Sazae-do both derive their names this word.