Last Tuesday morning we had rather large earthquake in the Fukushima region.  It woke up lots of people here in northern Japan! 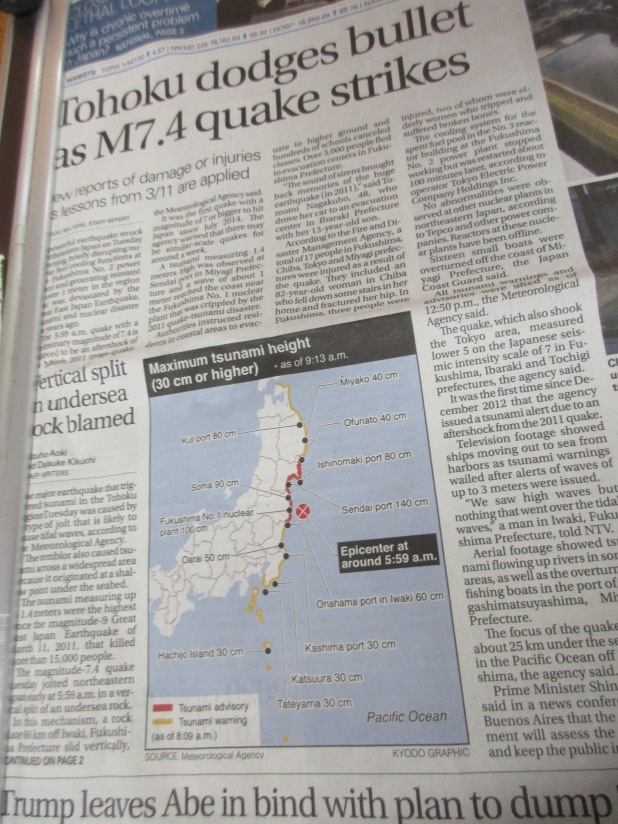 One of the big fears was a tsunami.  Another big fear was a failure at the nuclear power plant.  However, everything turned out all right.  Nobody was killed and the power plant is in working order.

The poor children of Tohoku live daily with the fear of earthquakes.   Although I suppose everywhere has dangers…..  That’s how most people here look at it.   Nevertheless, it grates on the people of northern Japan, especially those living closest to the east coast where the danger is highest.