I was watching a TV show on Netflix yesterday. Hello Kitty made an appearance, so that was exciting, considering that it is an American show.  The show isn’t exactly for kids (especially little kids) so I won’t name the show.  (ahemrupaulsdragraceahem) But you can look at a photo of my TV screen: 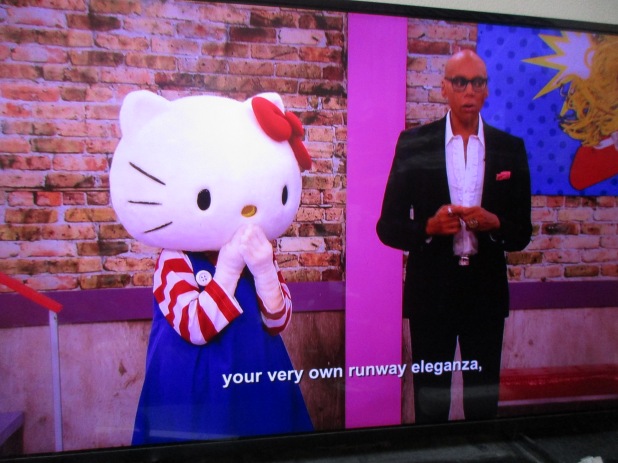 Anyway, it was quite a funny episode.

However, there was character who plays a Russian woman (he is a comedian.) And he made a joke about going to Chernobyl.  He didn’t say “Moscow” or “Kiev” or “Vladivostok.”  Nope. He said “Chernobyl.”

I think the joke is supposed to be that nobody wants to go to Chernobyl, but he’s going there….HA HA HA ISN’T THAT HILARIOUS.

So don’t make those dumb jokes.  They’re annoying and offensive and will show you to be an amateur comedian who finishes your comedy act to an audience of one person, who is only there because he fell asleep.