Fairy Lights are not only during the holidays in Japan. Here in Fukushima City, they are a winter thang. So in January and February, you can see them.

When I very first lived in Japan, I lived in a small rural town of ten thousand people. It had a small train station, and outside the train station, white fairy lights (what I call “Christmas Lights”) were up outside the station year round and lighted at night. I found that very strange!

This is Fukushima City’s main train station, east side. 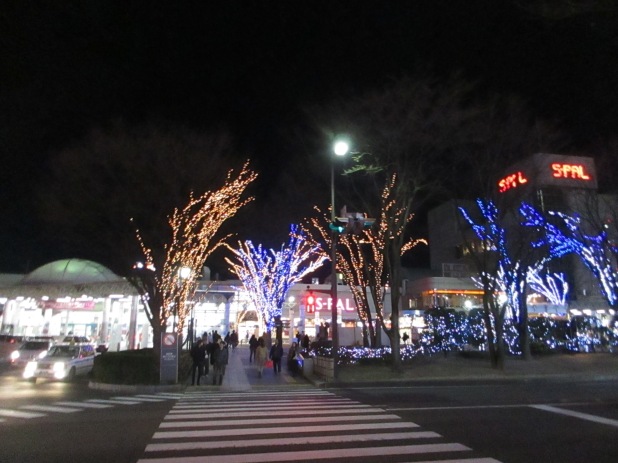 This street is perpendicular to the station. (There is construction going on.)

The street ahead (parallel to the station) is Paseo Dori and is a lovely street. The rest of the photos show Paseo Dori. 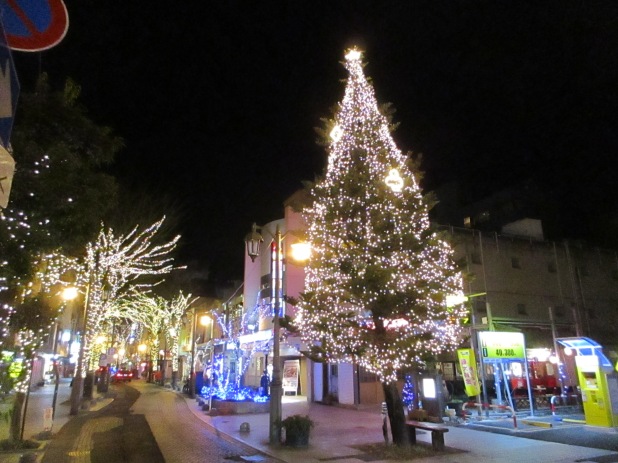 On the outskirts of Fukushima, there is a spot called “Four Seasons,” kind of a park. From January 13th to February 12th, they will have Fairy Lights.