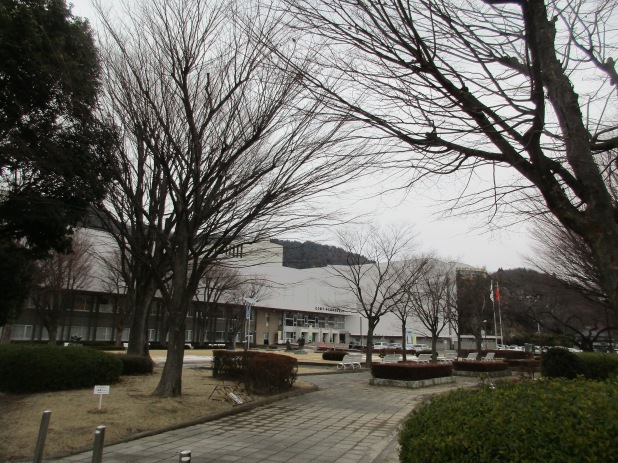 This is the Bunka Center in Fukushima City. (Prefectural Culture Center) It is about a twenty minute bicycle ride from the east side of the main station. (You can rent bikes.) Also, a one hundred yen bus stops near it (not directly in front of it. You won’t be able to see it from the bus stop, but is is a five minute walk away.)

I went to the Bunka Center yesterday to see an exhibit on its third floor. 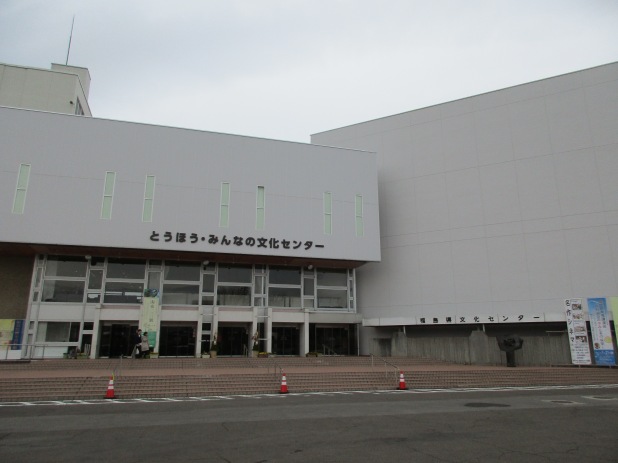 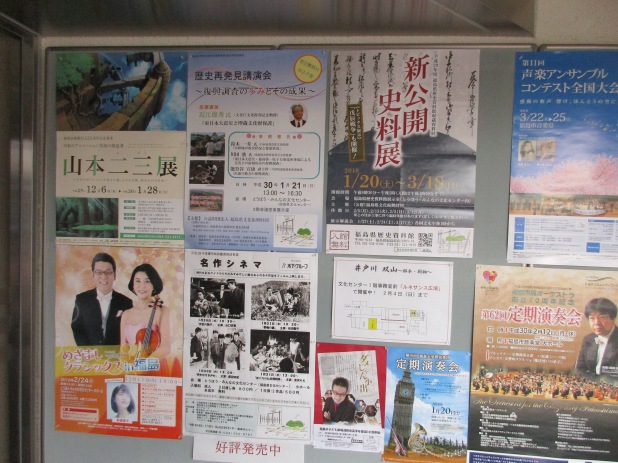 I had not heard of him, but saw the poster downtown. The poster was beautiful, and made me want to go. My husband says Yamamoto Nizo is very famous. 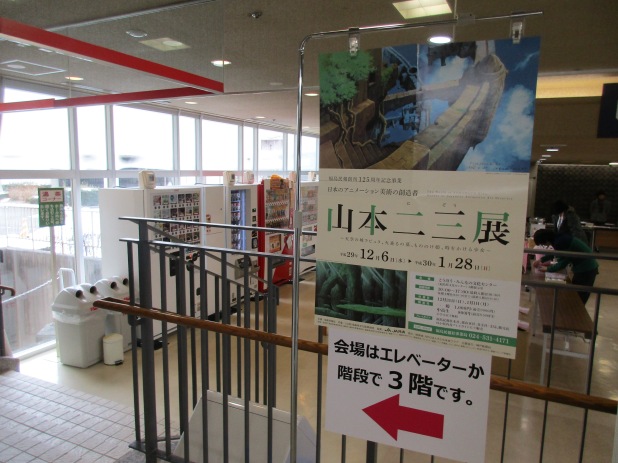 This way! Follow me to the third floor! Don’t get lost!

Stop looking at the vending machines. You can get a drink later. 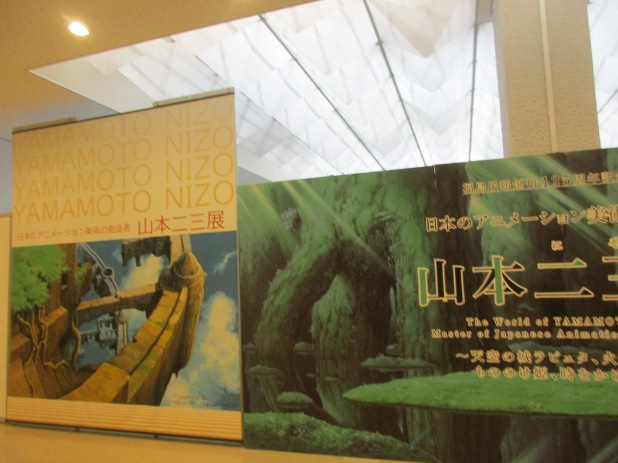 The exhibit costs 1,000 yen for an adult to enter. 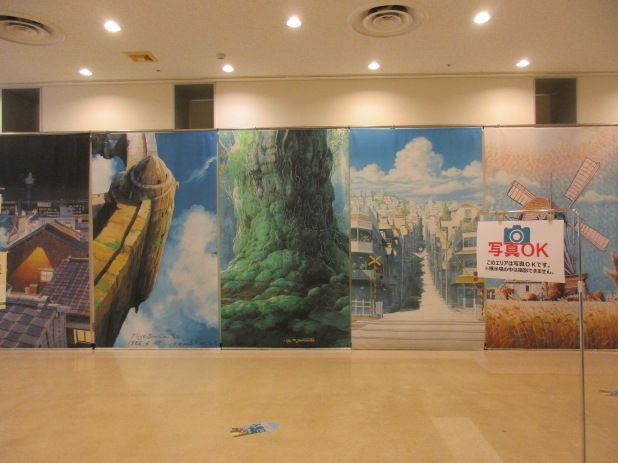 This is the lobby, and photos are okay here. (The sign says Syashin OK in red.  PHOTOS OK)

However, once I stepped in the actual exhibit, photos were prohibited. I put my camera away, and concentrated on the artwork. It was amazing! Such detail…

It’s set up movie by movie, with some Ghibli movies like Laputa and Mononoke. There was also Grave of the Fireflies, reputed to be one of the saddest films made. (It’s about a boy taking care of his young sister during World World II, although I have not seen it.)

Towards the end, there were paintings (? Is that what this artwork is called? I am not sure.) Anyway, there were paintings of Rikuzentakata, where the tsunami devastated the community. One tree was left standing. Yamamoto is trying to get a film made called “The Tree of Hope.” In Japanese, “希望の木”.

If you would like to see sample of Yamamoto’s art: