Here we are at a store called Yodobashi Camera in Akihabara in Tokyo. (I received permission to take photos.) 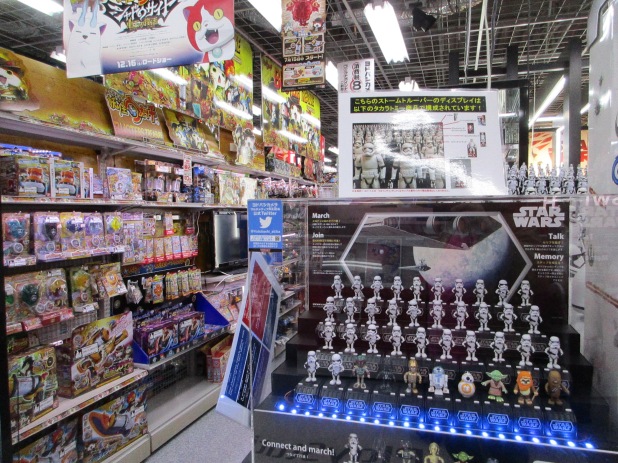 I remember my cousins telling me in 1981 that the Star Wars people would keep on making movies until the year 2000. The year 2000! Amazing, I thought. The year 2000 was certainly far, far in the future. 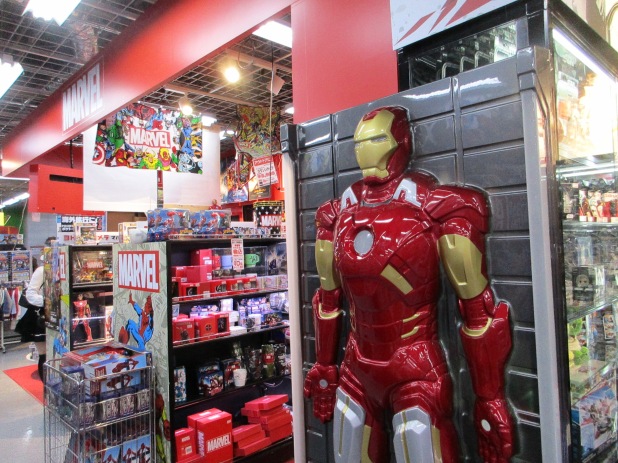 Marvel…I (ahem) actually know quite a bit about Marvel because my brother loved Marvel.  My favorite character was Sue Storm, the Invisible Woman.

I have no idea who this little guy is…..Pikachu? Yeah, I think this is Pikachu.