This outing is picture heavy so I’m posting it in parts. Today I’ll show the first half of my walk to Doiaidate park in Matsukawa.

The sign in the photo is written from top to bottom. 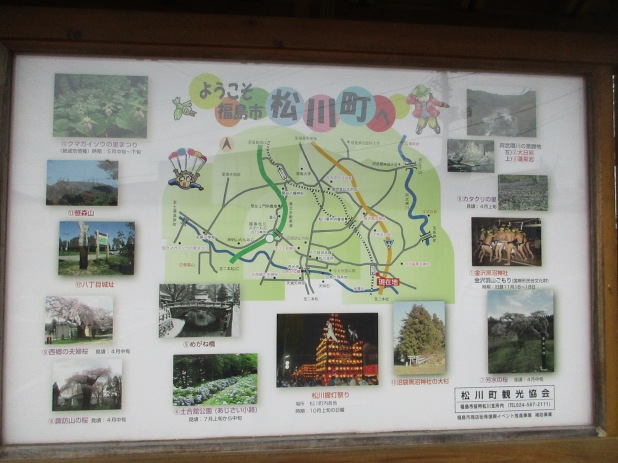 There is a map of tourist spots around Matsukawa. The one I’m going to (Doiaidate Park) is bottom, second from left.

I’m old school, so I don’t use a phone for directions EVER. I just use old-fashioned maps and then sort of guess and ask people if I’m in the right direction.

First I crossed the pedestrian bridge to reach the other side of the train station.

Some flowers along the way…

But I saw a sign that says,”Nice flowers. Great smell!”

So I took this path to see their flowers. 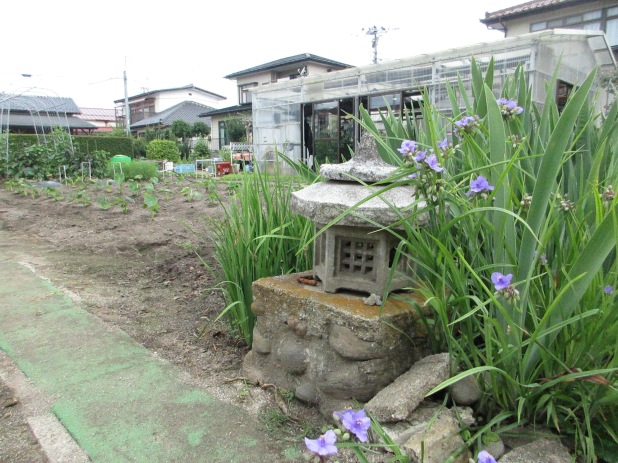 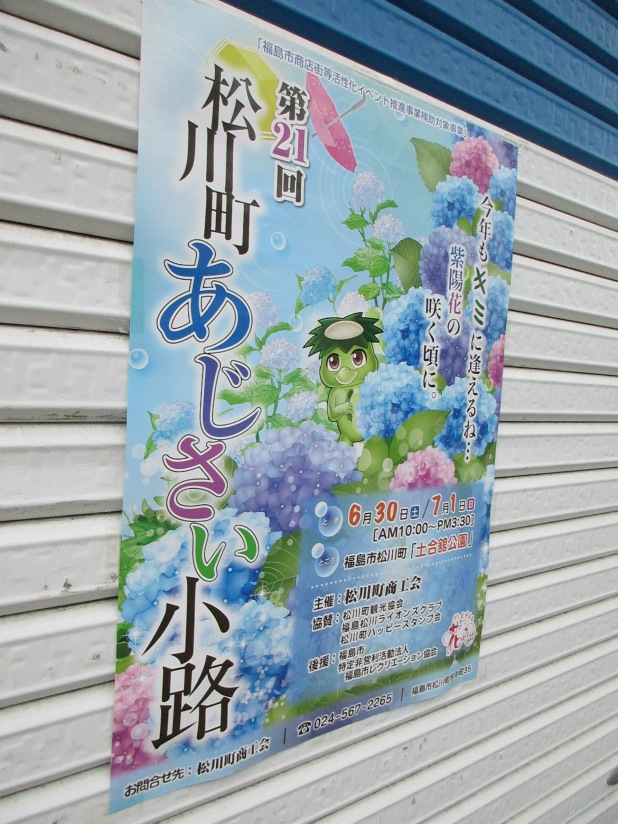 Back on the main road, I took a photo of this sign. There will be a festival in Doiaidate Park from June 30 to July 1.

(That’s a kappa, a mythological creature which was shown in my last post. It was in the form of a statue.) 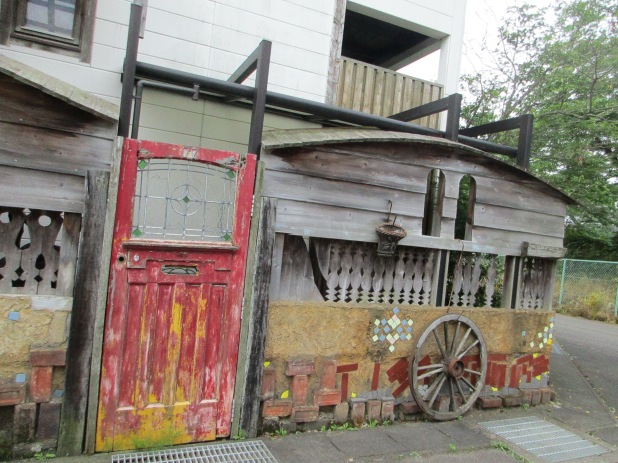 I stepped off the main road here, just to take a long cut and experience the charm of life in the countryside (rather than walk along the street next to passing cars and busses.) 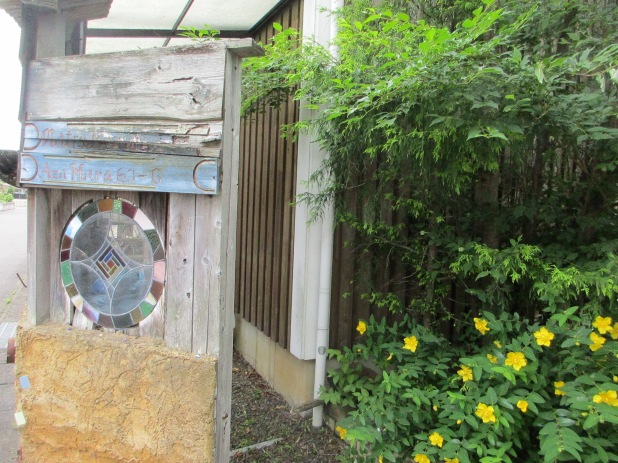 Okay, next will be part two.  See you then!