Yesterday, I posted about the Kameoka House here in northern Fukushima Prefecture. It was built in 1904. At that time, the Kameoka family would not have had electricity.

***Japan received electricity later than the United States. And, of course, the rural areas received it later than the city areas. My ninety-five year old teacher was born in the 1920’s, and in a small town. He said they had no electricity. (I asked him, “Which is better, electricity or no electricity?” He emphatically said that life with electricity is better, no doubt about it. So if any of you are romanticizing the olden days, well, maybe you better turn off your internet. And your washing machine And your freezer. And your phone. And your lights. Well, you could still use lights, but they might be fueled by kerosene or–in Japan, fueled by whale blubber.)

My ninety-five year old teacher said that the first time electricity came to his town was when the street lights became powered with electricity. He says he remembers that.

Japan was quite poor until after World War 2 and thus electrical devices were slow in coming to Japanese families (compared to families in the United States.)

What would one have used if one had lived in the days before electricity? 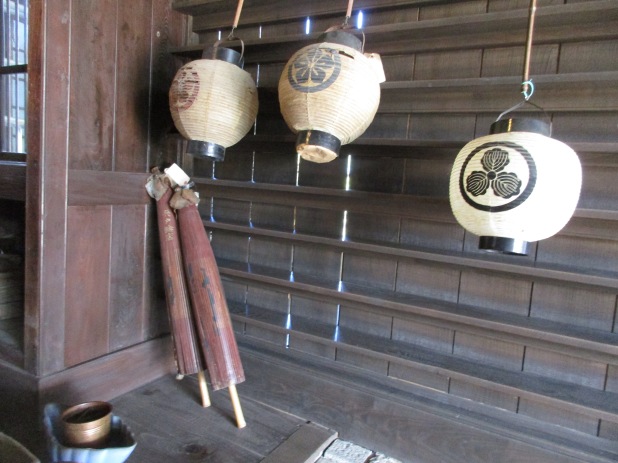 The open cabinet? Do you know what it is? Can you guess? (No fair if you are older and recognize this from your childhood! I know my mother and father also used this in their family.)

It’s an icebox. Without electricity, ice was put into the top and it kept food cold. Not frozen, so no ice cream or slightly slushy sodas.

My mom has told me how in Fort Worth, TX, ice was chunked off the lake in winter and then kept in blocks and sold through summer.

Actually, I don’t know if my dad’s family had an icebox. He lived in the Hill Country, further south than my mom, and his home was a farm, and much more rustic than her home.

I knew what this is because my parents-in-law also have one in their home. (It’s old and never used.)

It’s a fireplace called an irori. It was used for cooking.

I’ve always been curious as to where the smoke goes (for my mansucript.) I’ve read that straw roofs were used.

However, this house does not have a straw roof–its roof is wooden. 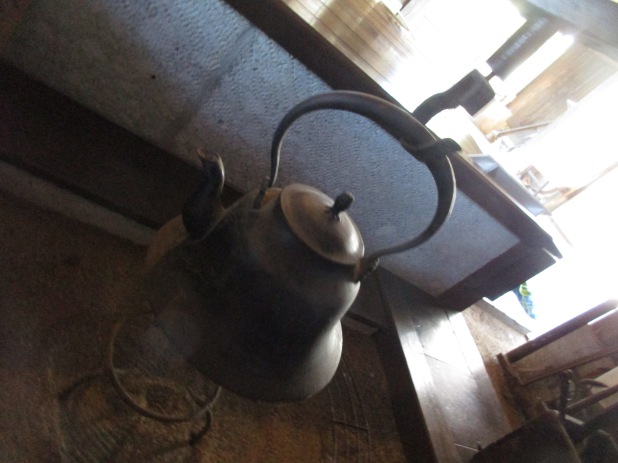 These “irori” were not safe—the famed physician from Fukushima, Noguchi, was lame in one hand due to falling into his family’s irori when he was young!

(Life in the olden days is starting to sound less and less fun????) 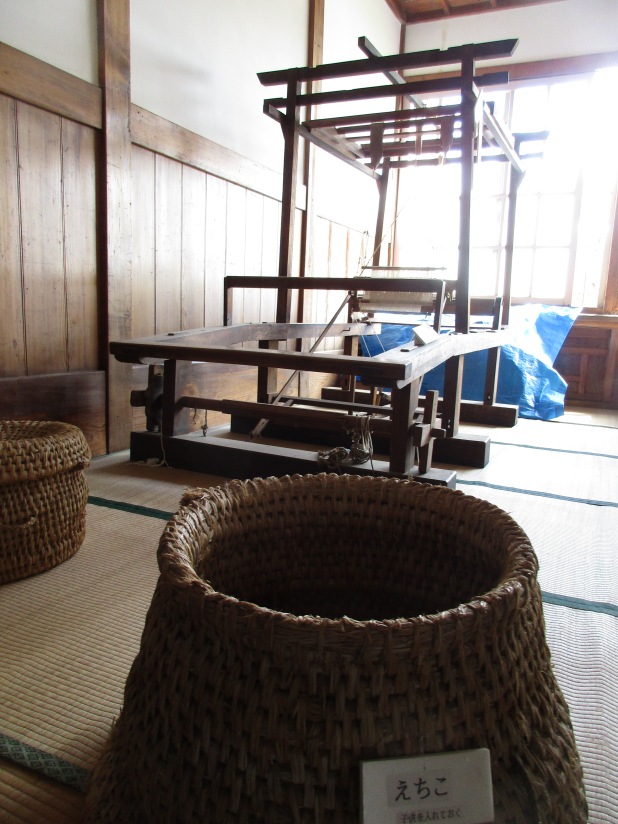 A loom would have been how certain materials were created.

Straw baskets. No metal or plastic containers at that time. 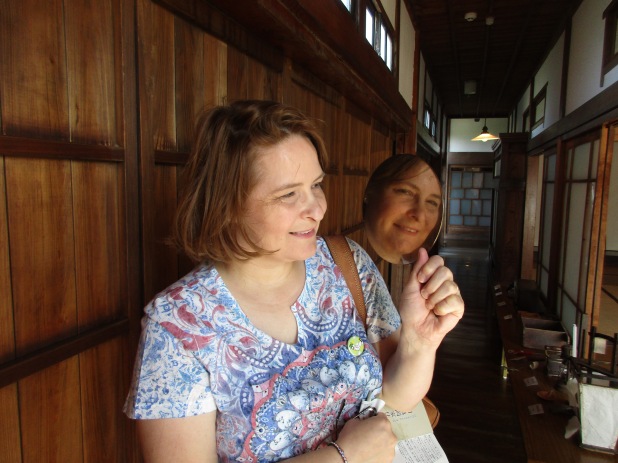 Kids are protesting now about the state of the world’s climate and environmental issues, and rightfully so.

One of the goals of my blog is to encourage kids to think. I hope it helps all of you to think about environmental issues, where we get our electricity. What would we do without electricity?

I’d like to encourage children to learn more about it all. None of it is an easy subject. I wish adults were more active when it comes to helping kids navigate these issues, but unfortunately, I think most adults are dropping the ball on this one.

I’m also learning, too, as I didn’t start seriously thinking about where electricity comes from until the meltdowns of 2011. Yay to people like Greta Thurnberg who are leading others in using their brain, instead of taking this world and its resources for granted. Thank you, Greta!