After I finished visiting the park and the Kameoka House in Date City, I headed back to the Abukuma Kyuko train station. It’s not much of a station, just a platform next to the track. There’s not even a staff person manning it.

I was surprised when a special train pulled up to take me back to Fukushima City. I’d seen this train before, but never ridden in it.

It’s decorated with images from the train line, and also from a comic called “Masamune Kun’s Revenge.”

That’s me in the photo above, so excited to be riding in this “wrapped” train.

(Meaning of “wrapped”: A wrapped train, car, plane, truck, etc has decorations on it.)

Even on the ceilings! 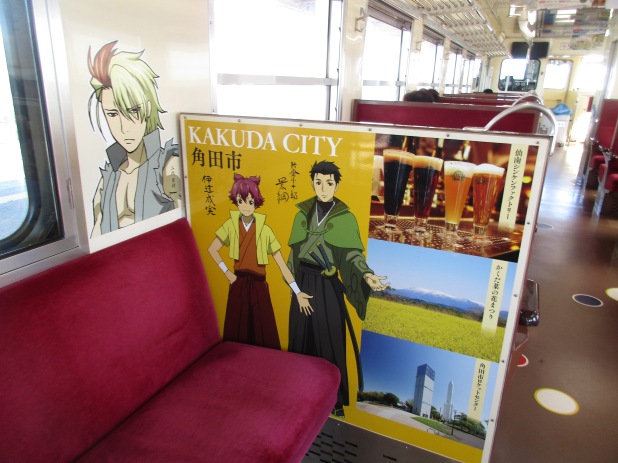 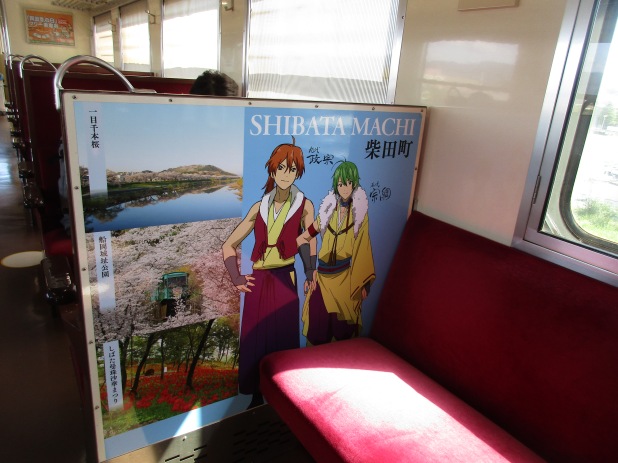 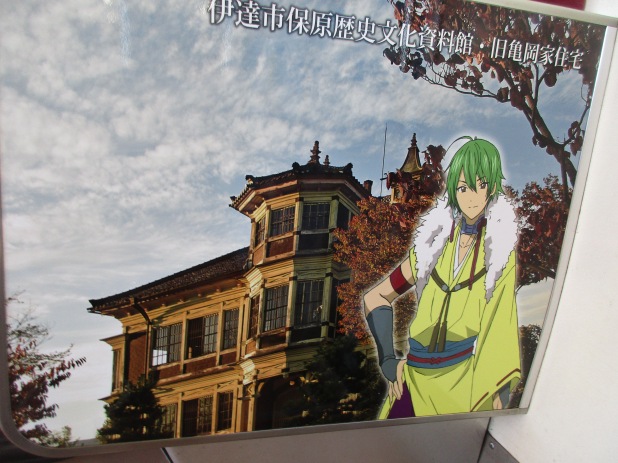 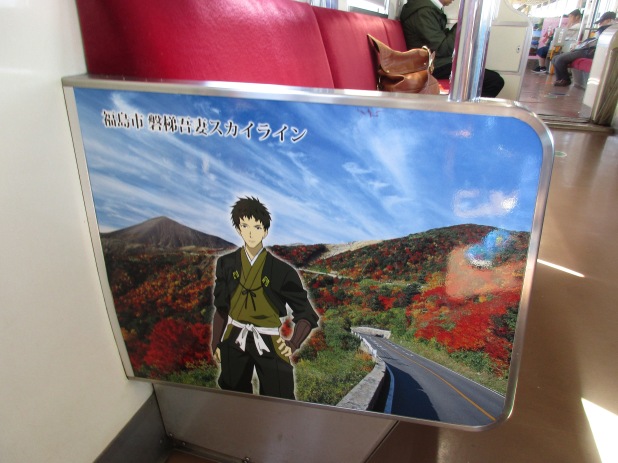 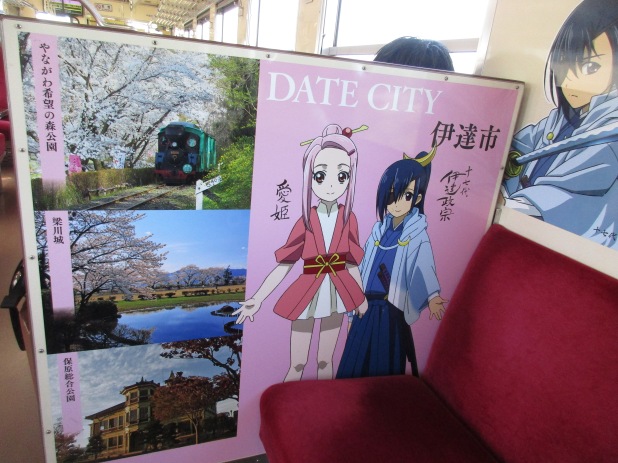 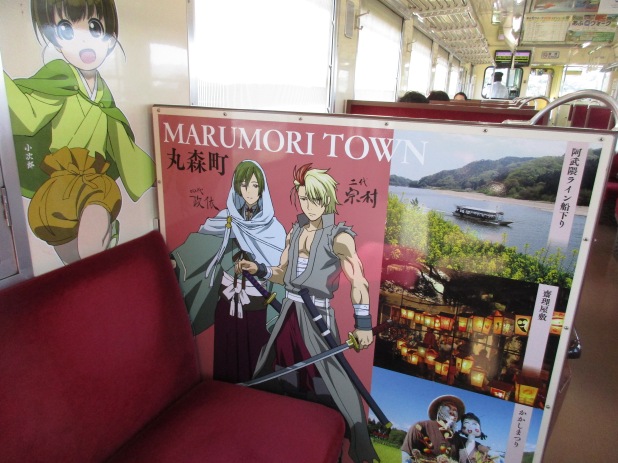 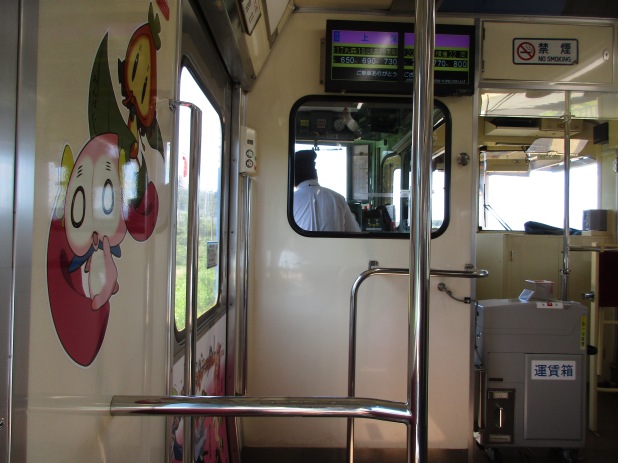 This train only has two cars. One staff person is inside–the driver of the train. He also takes tickets and so forth.

Me and Fukushima City…….. 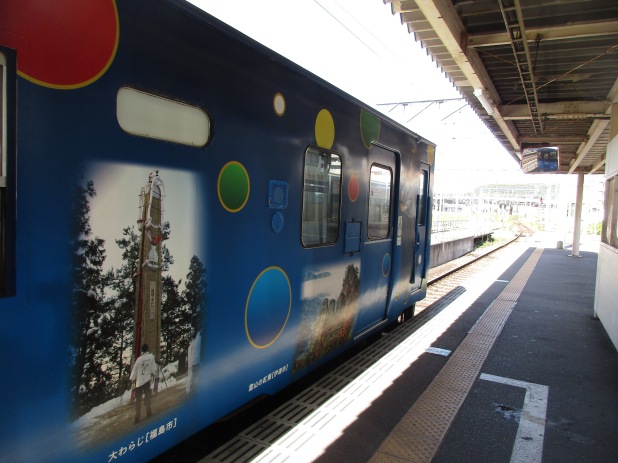 At the Fukushima City station, departing the train.

Wow, that was fun!

I may look like a tourist, but that’s my alter ego. And my altar ego is a priest. And my alter nator is Generator of Words. That’s right. I’m a paperback rider.