Today is Thursday.  It’s March 9, 2017, which means that in two days it will be the anniversary of the huge earthquake.  Today I went to the Fukushima Prefectural Library and looked at a little exhibit on the disaster.  Photography was allowed.

This is in the lobby of the library.

I am not sure what all these photos signify, so I will just post them for you to look at…. 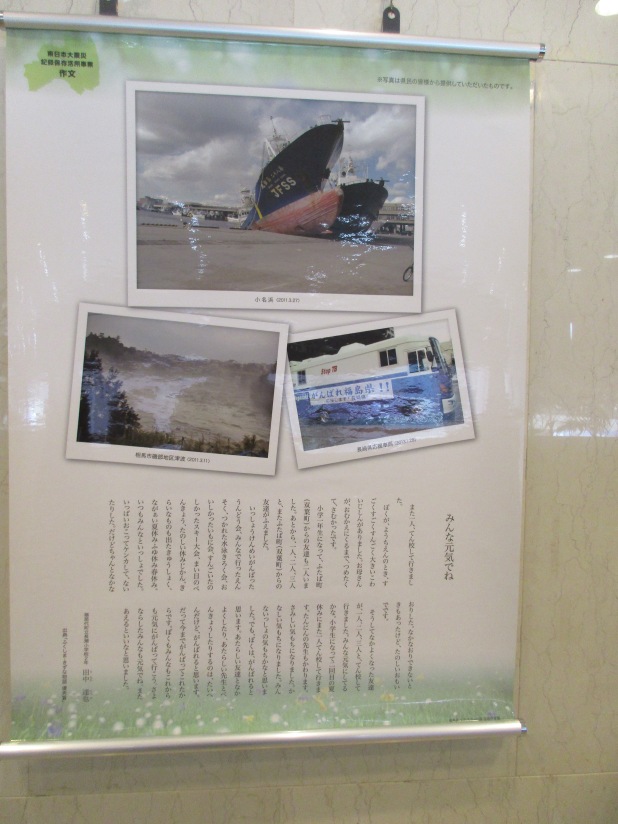 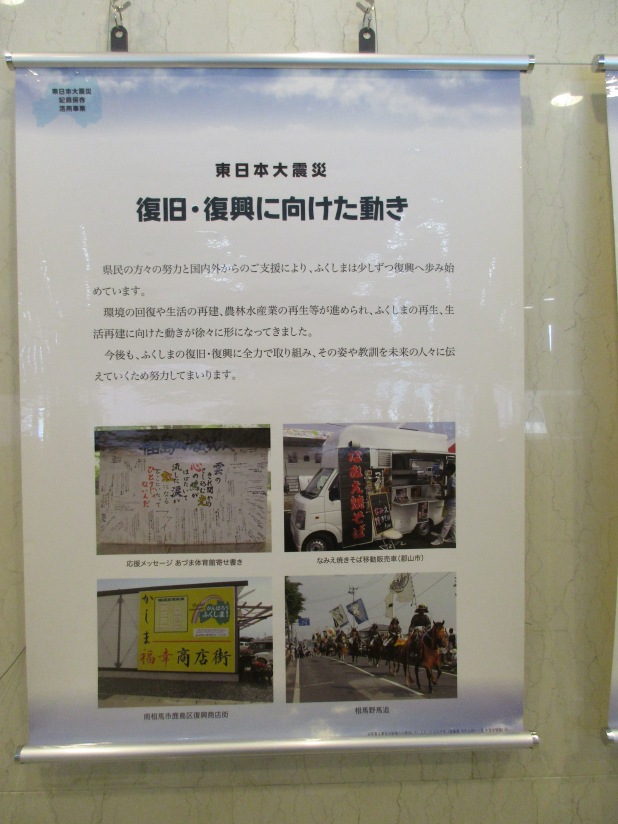 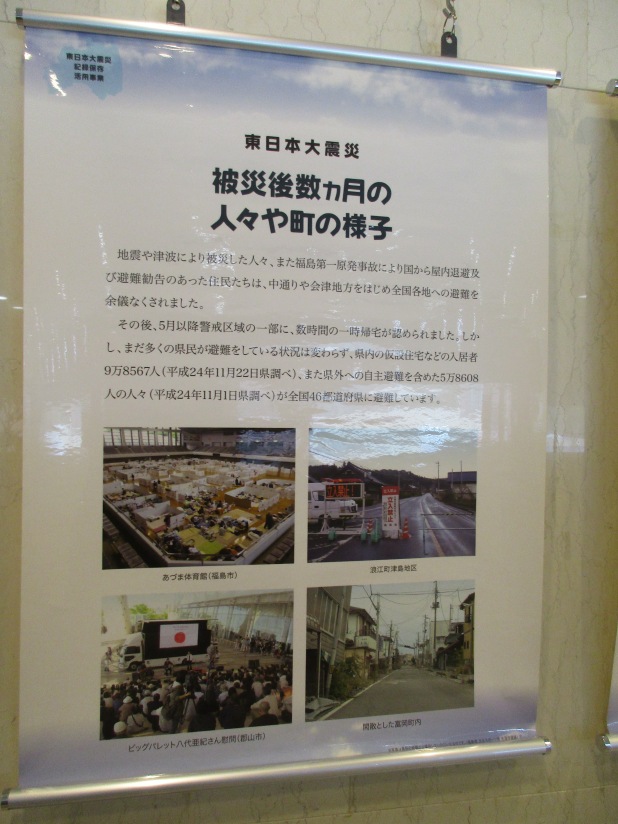 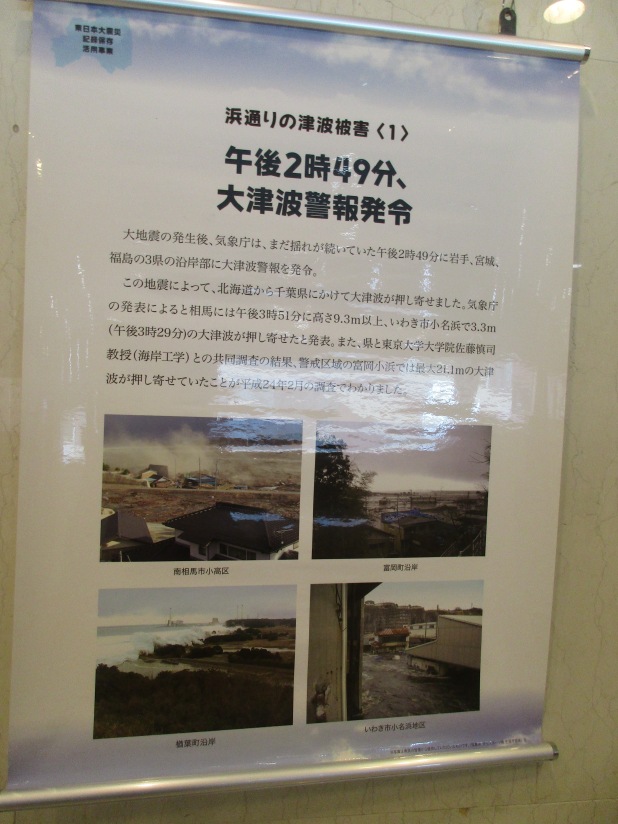 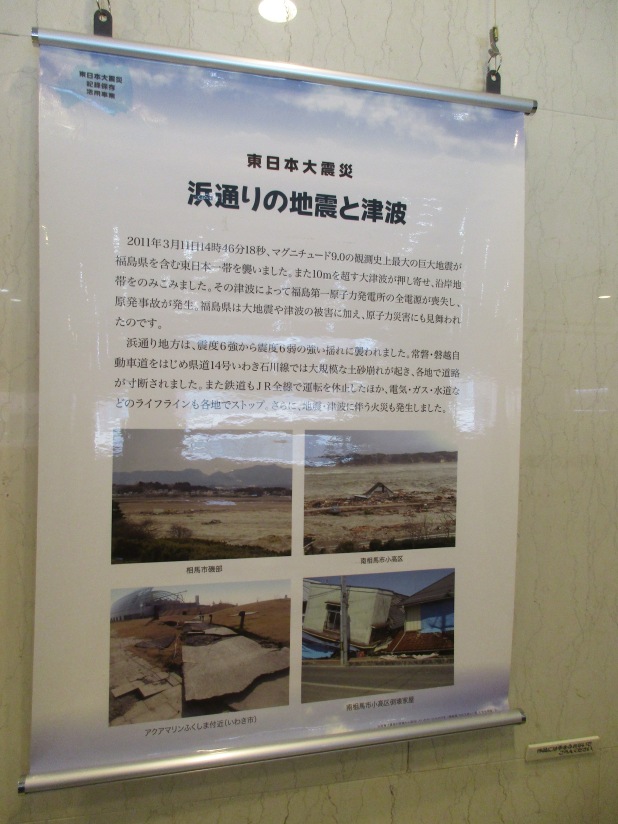 After I looked at these photos, I was told there was more of the exhibit on the second floor of the library.  So I went upstairs. 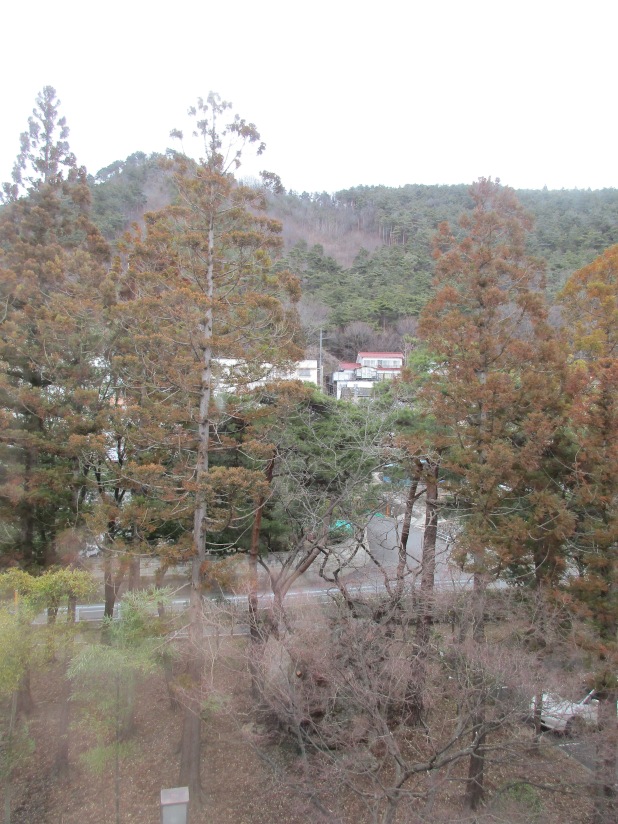 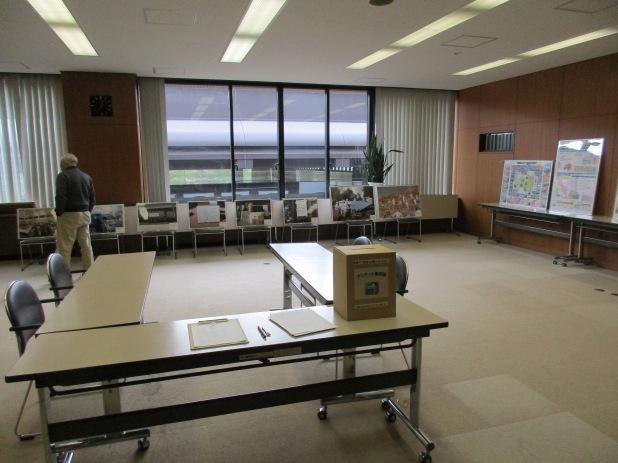 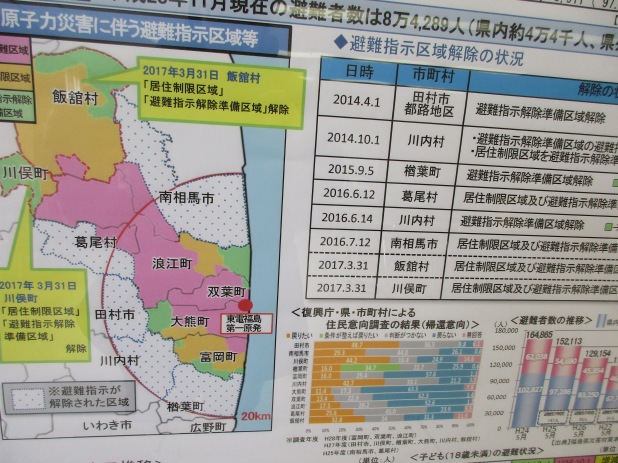 The nuclear power plant is the red dot. 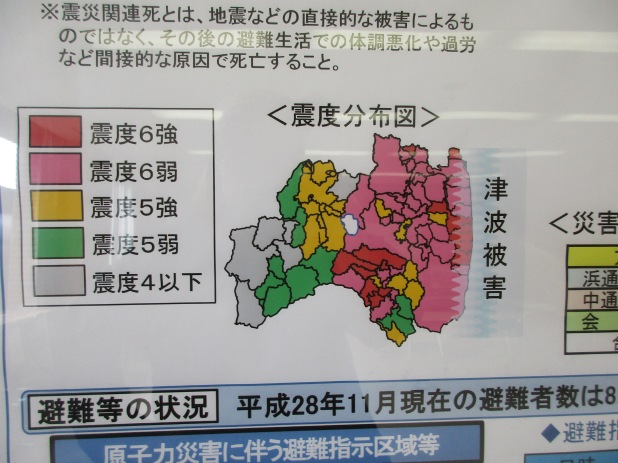 This is Fukushima Prefecture.  The colors signify the magnitude of the earthquake for that area.   Fukushima City, my city, is in a pink area, so second highest for the prefecture.

A photo of a clock that stopped due to the tsunami.  When the earthquake occured, it was a Friday afternoon.  A very lovely day.  Most kids were in school, almost ready to leave for the day.   I personally had finished working and had come home to relax.  At the time of the earthquake, I was on my sofa reading a book by Octavia Butler. 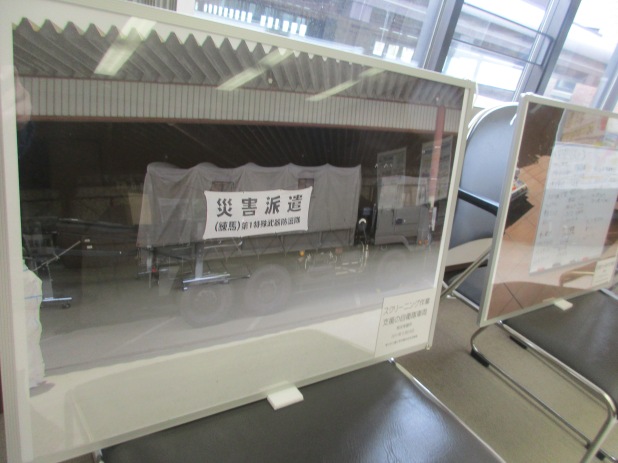 Photo of an armed forces truck.  I feel that the Japanese military helped a lot in this time of need.

My blog is mostly about the nuclear situation, but let’s not forget that many, many people lost their lives that day, mostly due to the tsunami.  It was much stronger and went further than people predicted any potential tsunami would come, so many people who felt that they were in a safe area were actually not in a safe area.  (They had no way of knowing so soon after the earthquake struck that this earthquake was actually one of the largest earthquakes ever recorded, and thus produced an extra EXTRA powerful tsunami.  This would only be known later.  Since the tsunami reached the coast about forty minutes or so after the shaking, this did not give many people time to figure out exactly what was going on and the danger they were in.) 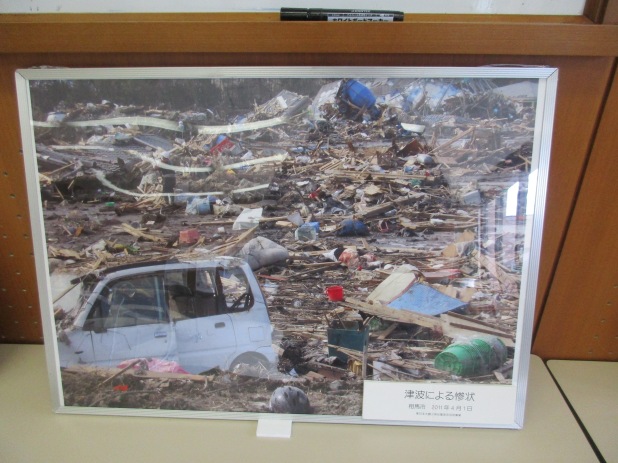 I’m praying for and thinking of the people who lost their lives that day.  And for their loved ones who must go on without them…..