I went to Book Off, a used bookstore.  I was actually dropping off something and received two hundred yen. Then I took a look at their children’s picture books, and ended up buying the book in the above photo.  I was interested in it for research for my trilogy. 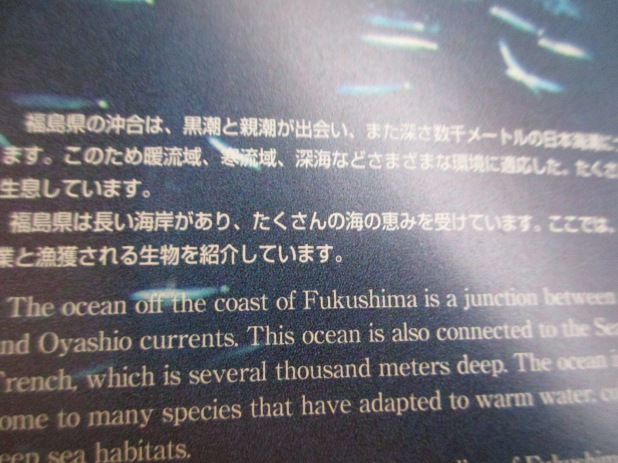 It’s nice because it focuses on Fukushima’s sealife and it has English. This sort of book is not normally sold in a regular bookstore. Originally, it would have been sold by the tourist aquarium (Aquamarine Fukushima) in Iwaki City (on the southern coast of Fukushima Prefecture.)  My family went to that aquarium several years ago when my son was five years old. It’s wonderful.  I really recommend it. 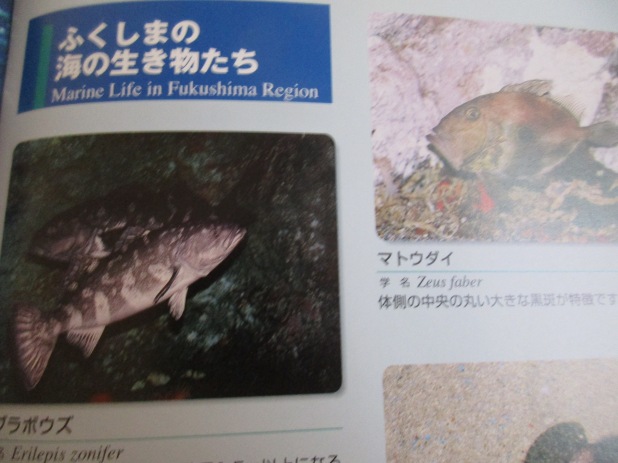 I can’t help but wonder why the book doesn’t include mermaids. I’d like to think that the book is well-researched, but obviously it doesn’t include ALL marine life in the area. Oh well. It’s still a great reference manual for me.

This book was published in 2001, ten years before the Big Earthquake. Therefore it doesn’t mention that.  It does say that our future can be seen by the health of the seas.  Scary when you consider that the nuclear meltdowns has released radiation into the ocean near the power plant.