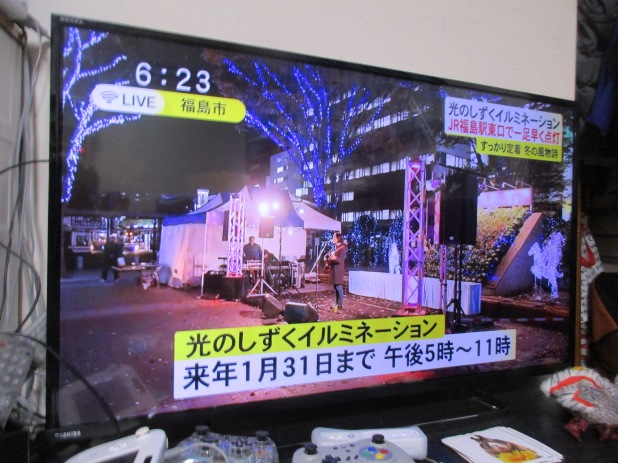 The other night, Fukushima news on TV informed the public that the “Illuminations” (winter lights) in downtown Fukushima City (east exit) are ready for viewing.  So romantic!!!!!!!! They will be up until the end of January, 2018. 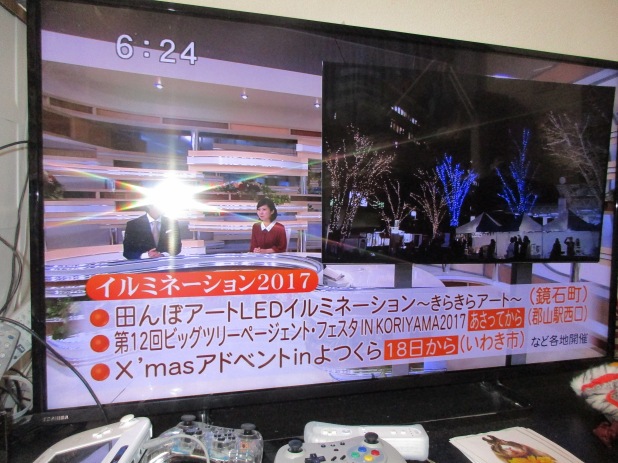 The news informed us of other illuminations displays in Fukushima Prefecture:

Illuminations are in Kagamiishi Town (on the local train line, slightly south of Koriyama City) (Field Art?????  Now I am curious!)

So grab the hand of your special loved one and head on out to some winter magic, Fukushima Style. Sendai City also has illuminations, quite elaborate ones.  However, when I went there a few years ago, it was VERY crowded.  Fukushima Prefecture may have smaller strings of lights, but the atmosphere is more charming and low-key.