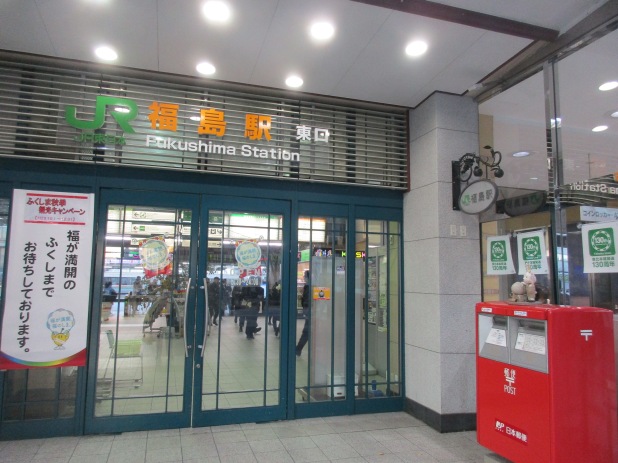 This is the Fukushima train station, east side, at seven a.m. on a weekday.

Do you know what the red boxes are?  Public mailboxes, of course.

Mail carriers don’t pick up mail from one’s home like in the U.S. so one must go and mail letters using a public mailbox or go directly to a post office.  (Post offices are more common in Japan than in the U.S.) 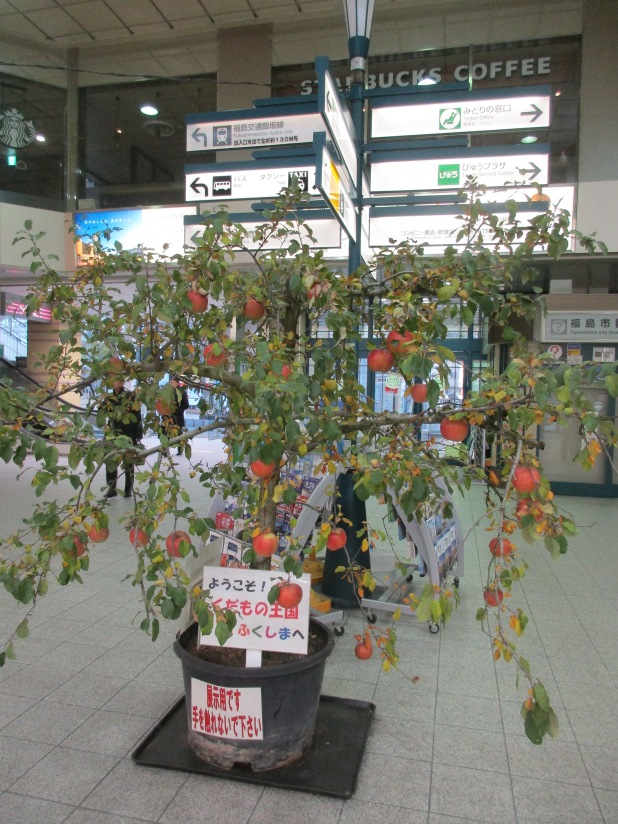 This is inside the station, but before one deposits one’s ticket into the gate. So anybody can hang out here for free.

Fukushima is known for its delicious and plentiful fruit, so there is an apple tree on display.

Now I am standing behind the tree. Off to the left, you can see the ticket vending machines.

Both the east and west exits have Fukushima tourism information, but it doesn’t open until nine a.m.

As you can see, there are no benches or chairs.  A couple of benches used to be available, but they are no longer there. (I have no idea why.  I’m pretty sure, though, that the train management does not want people loitering around in this area.) 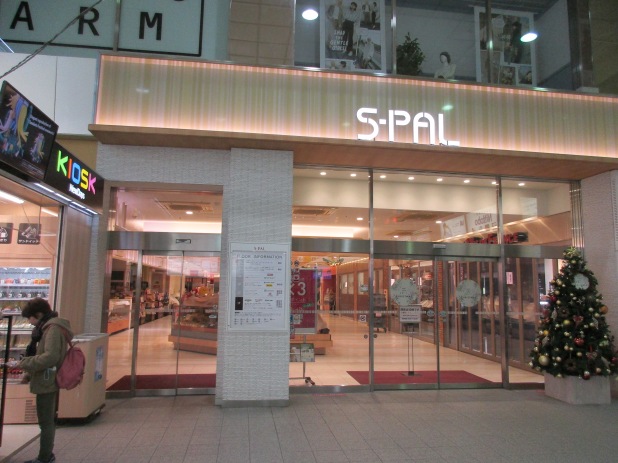 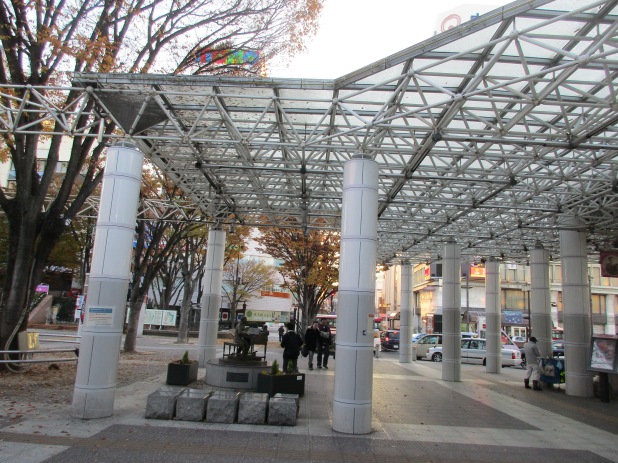 I mentioned that the lobby area of the train station has no benches. Outside, there are a few stone seats, covered. It’s not very comfortable…but that’s probably the idea!  They want people to sit there just long enough to wait for their friend, I suppose. But not spend all day loitering around.  You may wonder:  Why not sit on the ground?  Japanese people rarely sit on the ground. They might squat, but actually plant their butt down on the ground and sit?  No, it’s rare, and considered rather low class. (In parks, they usually use plastic mats to sit on, for picnics and so forth.)