Anyway, a couple days ago, the news was saying that experts are predicting a huge earthquake in the area of Hokkaido “soon.” (Soon means today in the afternoon or maybe hundreds of years from now. Nobody really knows. The news was saying thirty years.)

I’ll explain this. Hokkado is the northernmost part of Japan, one of its four main islands. It is north of where I live (Tohoku.) It is VERY north of cities like Tokyo, Kyoto, and Osaka. (Tokyo would not be directly affected by an earthquake in the Hokkaido area.)

Here is an article about it in English:

The two biggest fears would be tsunami (which could kill many, many people). However, the first article focusses on the impact on nuclear power plants.

Look at this link to see a map of Japan’s nuclear power plants:

If you click on the map, you can see it up close. There is one nuclear power plant in Hokkaido. There is one very close to Hokkaido, on the northern tip of Tohoku.

Here is a different (old) map: 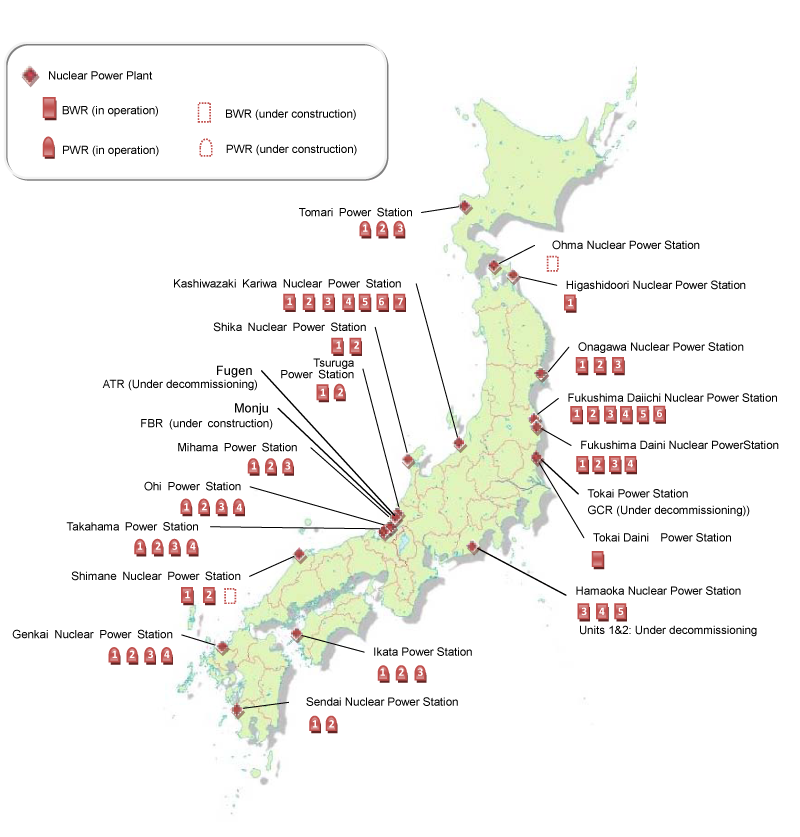 The link to the map above is:

The two illustrations may be copied and used if the source is acknowledged. The source is: