I happened to come across this event for farmers in Fukushima City. The sign says: “Fukushima-shi Nousanbutsu Shoudankai.”

It’s not meant for the public. It’s a meeting of those in the business of agriculture (in Fukushima City.)

However, they were very nice and allowed me to come in and chat with the farmers there. I got permission for all photos. 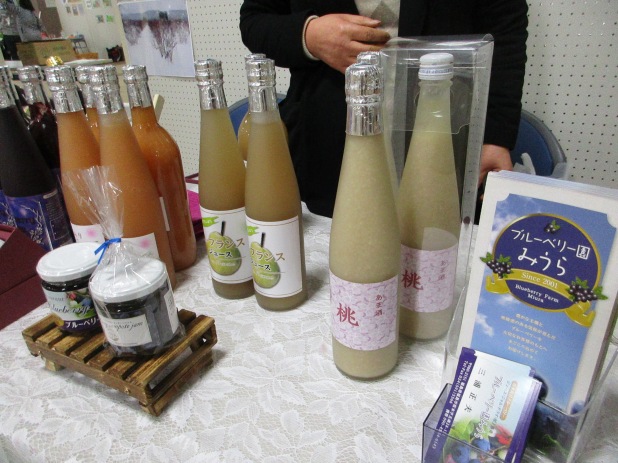 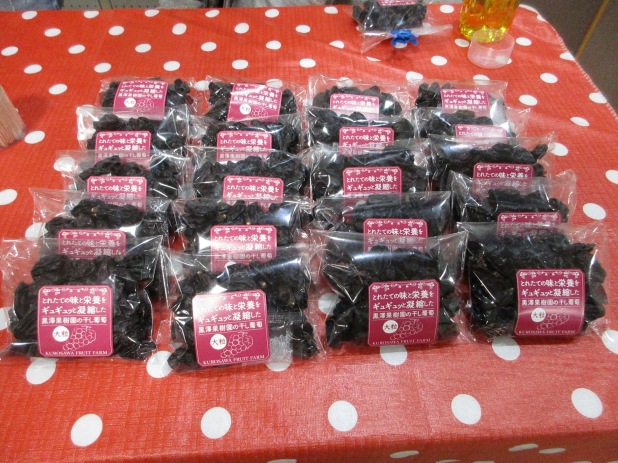 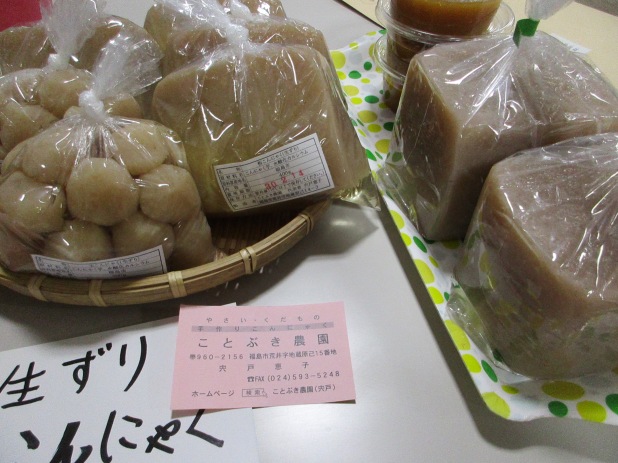 I chatted with various farmers, the ones who make the high quality food products shown in the photo. They look great, don’t they? There was a lot more on display, but the presentation started and I felt I should leave, not being a farmer myself. (Although I was invited to stay.)

In the last photo, the woman farmer who was at the table told me that she is from Namie Town. I knew that Namie Town had been evacuated (due to the nuclear meltdowns) and she said yes, they had to evacuate, leaving their farm. They came to Fukushima City (which was not evacuated.) They started their farm business again in Fukushima City. I admire this woman very much.

Fukushima has always been known for its excellent agriculture–wonderful food products. That’s its “thang.” So when the meltdowns occured, it simply ruined the wonderful repuation of Fukushima’s farming. I’m not a farmer, of course, but it’s something I feel bitter about.

So many people on the net nowadays say such nasty things about Fukushima food, often without knowing anything at all.  Anybody who says these things callously is not a good person.  It’s fine to have discussions, to have opinions–opinions against or for nuclear energy, opinions about the safety of food grown in the Tohoku area, opinions about anything. But to say things callously is not something anybody should do.