Currently, all rice grown in Fukushima is tested for levels of radiation, and can be sold only if the rice passes the test. The governments wants to change the testing procedure from ALL rice to SAMPLES of rice. It appears it is a burden for farmers to haul all the rice to the testing centers.

Here’s an article about it:

The following photos show a rice shop very close to my home. 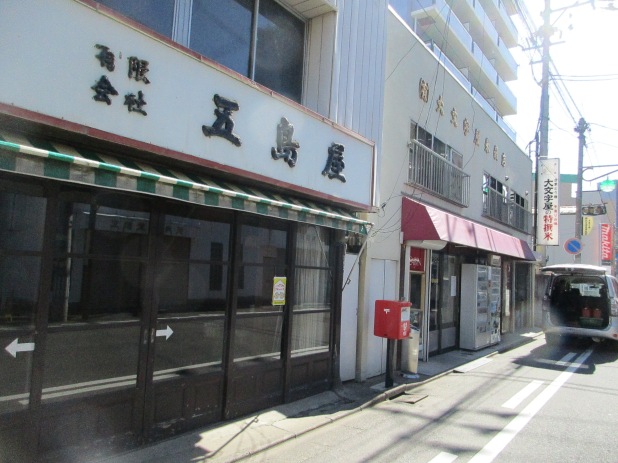 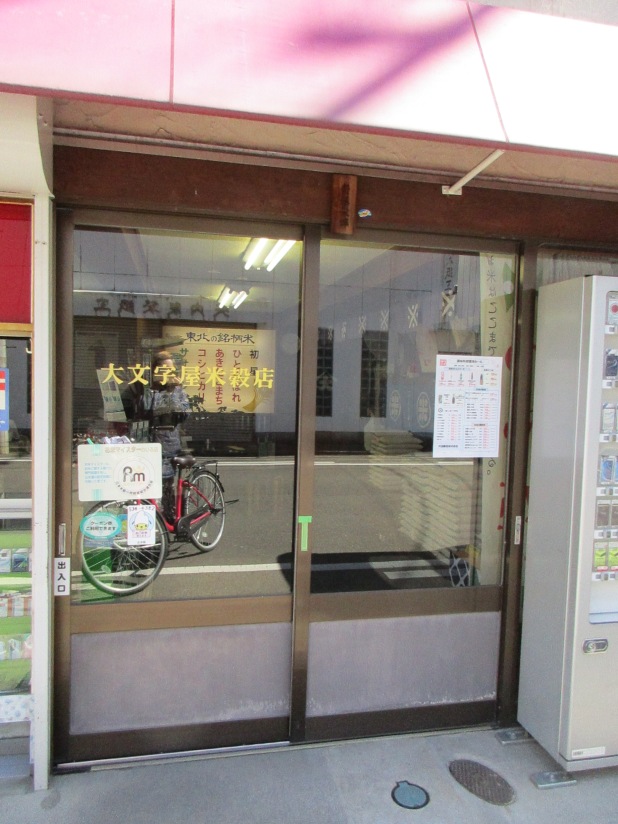 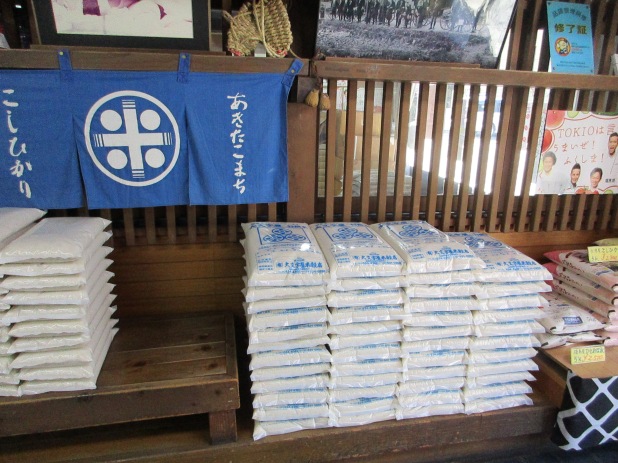 Fukushima rice. Tomorrow I’ll show rice from other regions of Japan. Basically each region has its own rice. Professions like farmers (one of the main industries in Fukushima Prefecture) were very much affected by the meltdowns.  It appears (to me) that crops in most parts of the prefecture (remember that Fukushima is one of the larger prefectures in Japan) were not affected by the radiation, or minimally so. And of course, crops have been tested since 2011. However, most people don’t follow what is going on in Fukushima……and therefore they avoid Fukushima food because they assume its dangerous.

My own husband’s parents are rice farmers, although not in Fukushima. Rice farming is a hard job, with low pay. Furthermore, the rice here in Tohoku is usually high quality, gourmet rice, grown with lots of love and care. I’m not telling you to go out and eat Fukushima rice if you don’t want to. But don’t be ill-informed.

This rice shop is special to me because immediately after the earthquake, my husband told me to come here and purchase rice. In all shops, all the food was being bought until the shelves were empty, and he wanted to make sure there would be plenty of rice in our home. (Shortly after, my son and I left to stay with his parents in another part of Japan, but he stayed behind to work.)

The seventh anniversary of the quake is on March 11–next Sunday. I plan to attend a ceremony of remembrance during the afternoon.