I don’t talk about my writing process for fiction here much. I write middle grade. Middle Grade is the industry term for books for kids approximately ages ten to twelve, or so. Young Adult is for teens, but I can’t write young adult because I was an extremely boring teenager. (Meaning I did not have a boyfriend who was a vampire, I did not engage in any battles to the death, and I never left behind audiotapes blaming thirteen people for the reasons why I died. Yep, I was boring.)

I had never seen a Japanese Bobtail in the U.S. NEVER! The very name sounded exotic.

But then in Japan, I saw one almost immediately! “Wow!” I exclaimed. “Japan really does have Japanese Bobtails!!!!!!!!”

The Japanese Bobtail cats are free cats here, not the pet store cats. (You know….your neighbor’s cousin’s friend’s cat had kittens and you want a kitten, and well, you’ve heard there’s two tabby brown and one gray, but the gray’s been taken so you have your choice of the male tabby brown or the female tabby brown, and they’re both really cute and sweet and free and they’ve got bobbed tails.)

Roughtly ten to twenty percent of the cats here in Japan are bobtails? (I’m guessing. This statistic is NOT scientific.) Their tails are naturally bobbed. They were not cut off! It’s a genetic thing.

So anyway, my parents’-in-law cat is a cat that they got from somebody for free, and he is a Bobtail. His photos are below. 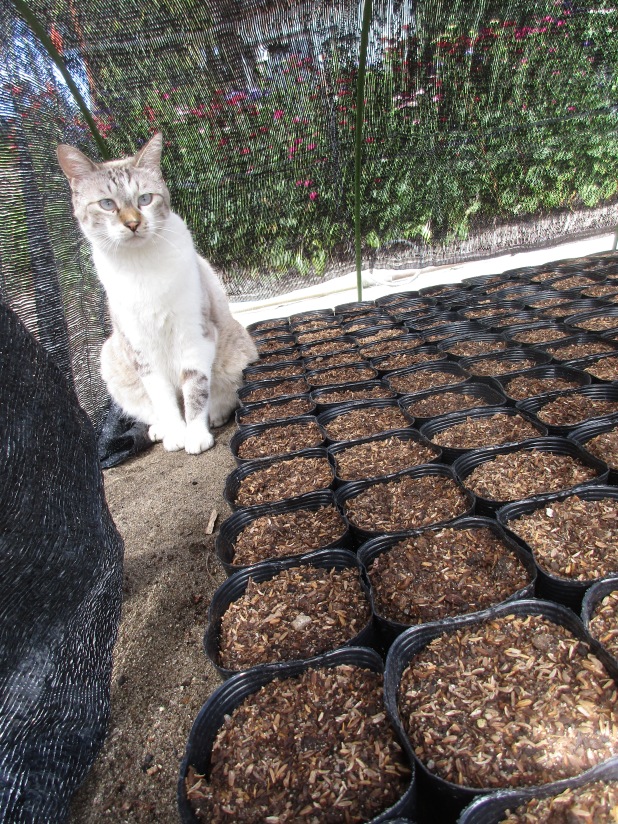 My son named him “Hiro” (pronouced Hero), but my MIL calls him Shiro when my son leaves the room.  Shiro means “White” and is a common name for white pets. (But I use the name Hiro/Hero because it is a cool name and I love my son.) 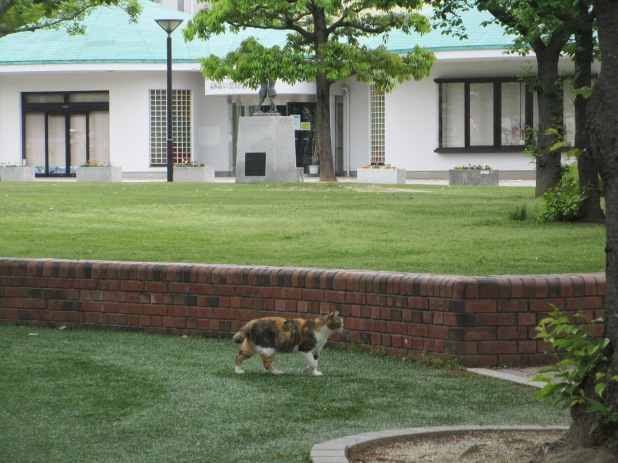 This is our local park in Fukushima City, last Sunday morning. Another Bobtail. This is a Calico so she is probably female.

So basically, for my characters in Japan, Bobtails are “regular” cats and American Shorthairs are “exotic” cats. Funny how it reverses like that! In Japan sushi is “regular” food and turkey with mashed potatoes is “exotic.” Different countries have different points of view….