The front entrance of Doiaidate Park in Matsukawa. It is famous for its hydrangea flowers in June and July. 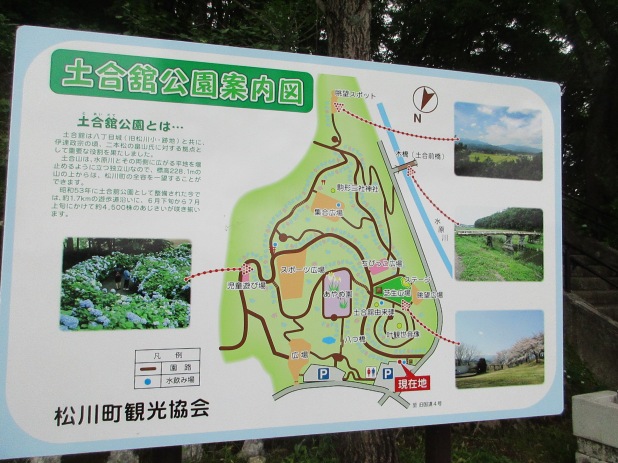 map of the park itself.

I talked to the man taking photos. We agreed it was too early yet in the season–later the hydrangeas would be at their best.

I said I wanted to come to the park before it got too hot. (And indeed today, six days later, the weather is many degrees warmer. So I’m glad I went when it wasn’t hot yet.)

It was quite early in the day–about nine a.m.–and he said that after Matsukawa’s park he was going to drive to Nihonmatsu’s hydrangea park and take photos there, too. I told him that after this I would return to Fukushima City by train and clean my house!

A few years ago, I visited this park by myself and was astounded by the intense beauty of its hydrangeas. (It was the perfect time for them, not too early and not too late.) So then I took my son because I wanted him to see them. Anyway, we were goofing around in this play area inside the park. As you can see–the slide is VERY wide! I slid down from its top, sitting in its center. Well, it was wet (from previous night’s rain) and I had nothing to stop myself. The rails were too far for me to reach. I slid way, way too fast and landed on my bottom very hard! It hurt, and hurt about a year. (Mostly when I was sitting down.) I even went to a doctor who X-rayed it, and said nothing was broken.

I learned my lesson! Do not go down wide slides like this where you can not control your speed. Luckily, my rear end has healed completely, but it ached for about a year!

The droid (actually a radiation detector, which I have discussed in previous posts. They are at virtually every park here in Fukushima.) 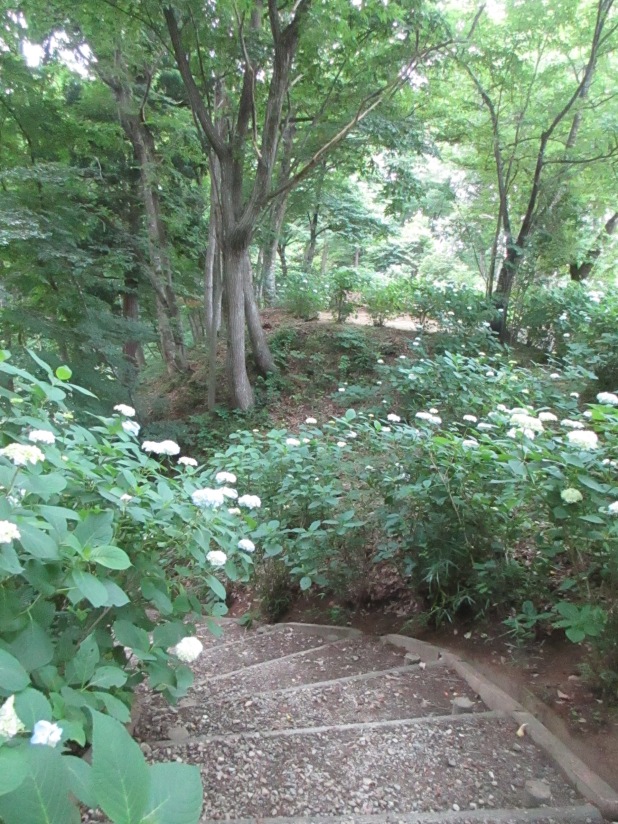 Hydrangea path. They were a very light blue, I remember them being deeper blue.

Several gardeners were working on the park. A beautiful park like this doesn’t happen by magic!

View from the back of the park 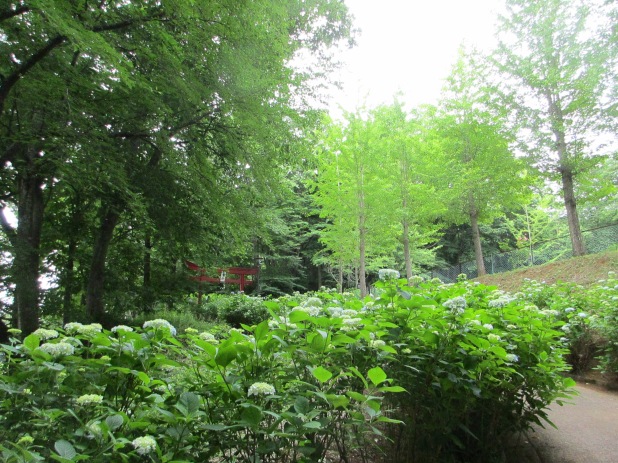 I left the park through the back exit, as it was closer to the train station.

Walking back the train station. It’s a short walk–ten minutes? Unless you dawdle like me.

That mountain (hill?) is the park area.

I thought this tree was interesting.

map of my area

At this point, I was on the main road (yellow line) at the red box (which says in Japanese “You are here.” Well, not literally. Literally it says: Current Location.) The station is the box to the right with the word eki 駅.

Eki is the Japanese word for “train station.”

Kokeshi dolls in a home’s window

I’m back at the station now, inside it and waiting for my train.

The trains go either south toward Koriyama or north towards Fukushima City. They are local, of course. I think if you miss one you have to wait about forty minutes for the next one? (But the schedule varies.) 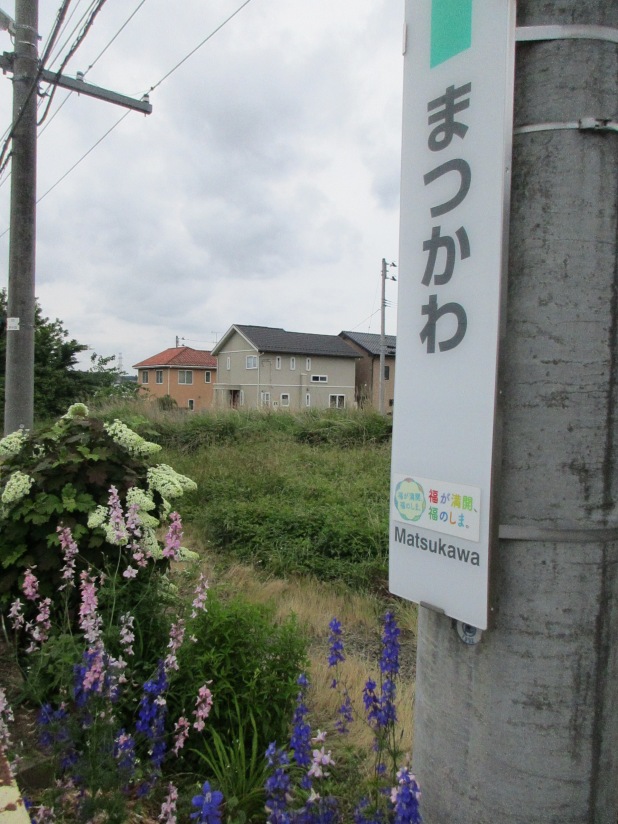