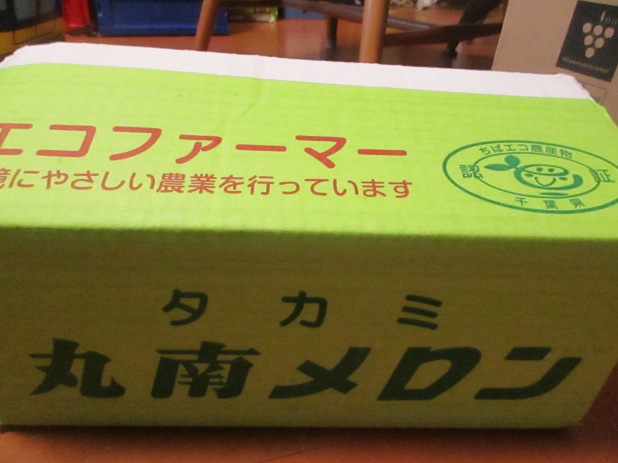 In the summer (and also winter), Japanese people have a tradition of giving, and receiving, gifts.

When I first came to Japan, during the last century in the days of rotary phones, and automobiles with no GPS, and airport security so lax you could get a parade of elephants through it, and–what else?  Oh, there were no self-check-out lanes at grocery stores. We used videocassettes instead of DVD’s and now we don’t even use DVD’s much any more.

Back then, Americans didn’t know anything about Japan except that we had fought a war with them. And that they were keen businesspeople. (Seriously. Manga and anime did not exist in mainstream America at all.)

Anyway, in those days, I worked in a small rural town in Chiba Prefecture. If you fly into the New Tokyo International Airport, and look down as you are landing, you’ll see it. It’s the one with the goat living behind its Town Hall.

My boss there was a woman named Ms. Sase, and she was/is very kind. She sent us these melons as our summer present! Wow! So nice!!!!! 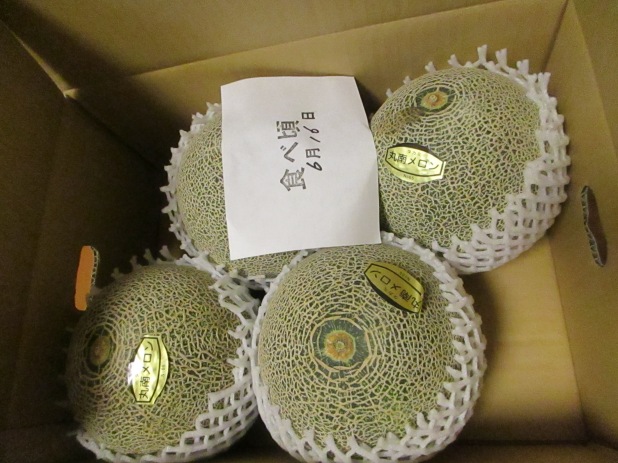 In America, we call them honeydew melons. (I think.) In the Japanese language, they are just called メロンMeron (Melon.) 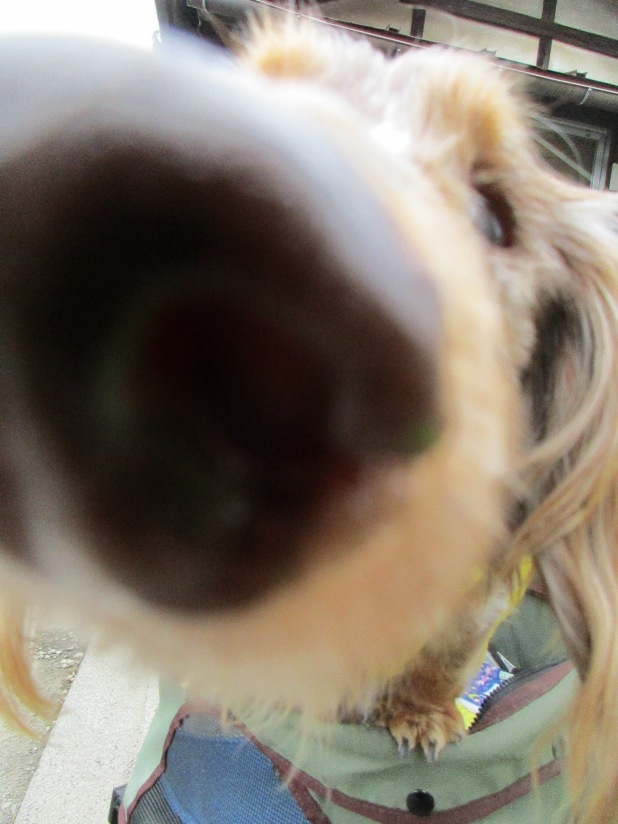 Melon is a very elderly dog with failing health.  She has no vision, but you can tell by the photograph that she was so happy to smell me!

“Nice to sniff you!”

“Nice to sniff you, too. Hope you have an aromatic day.”