This post is continued from yesterday. Such a foggy morning. This is at Momiji Park (about ten minute’s walk from my house.) 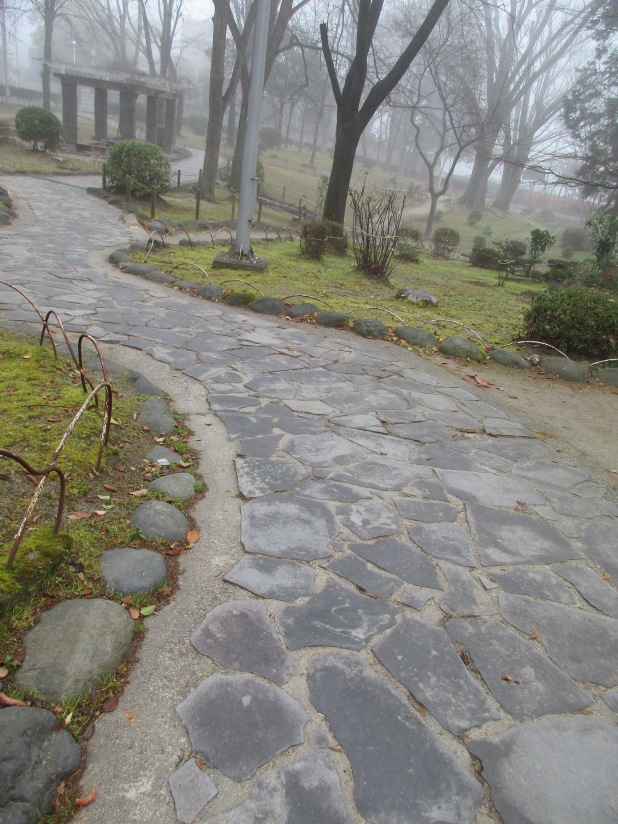 Sorry, horizon is not straight. I was concentrating on getting a photo of the path!!!!!!!! 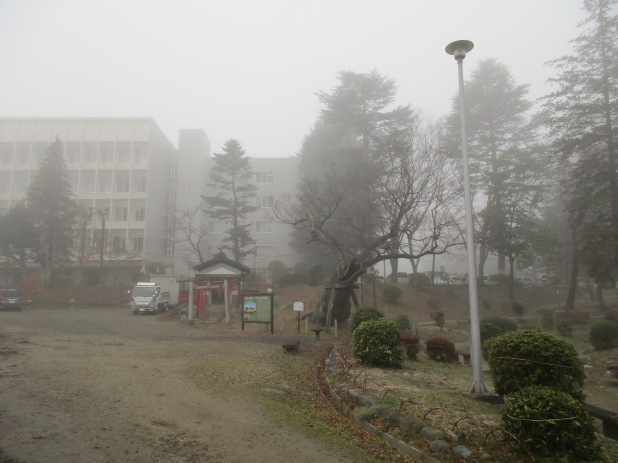 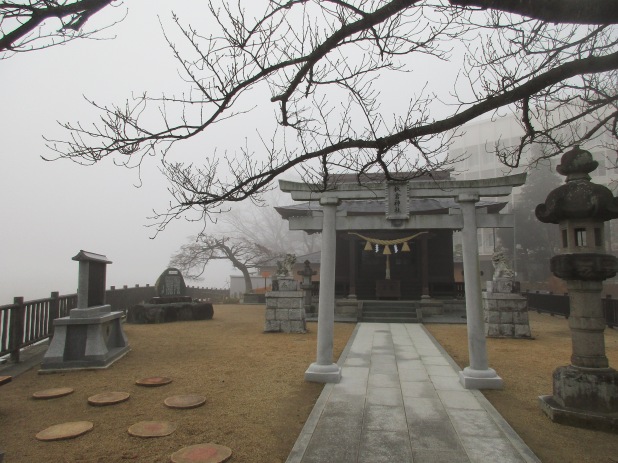 The Shinto shrine in the park. I talked to a woman here quite a long time.

The river is right below…but in this photo, it can barely be seen due to the thick fog. 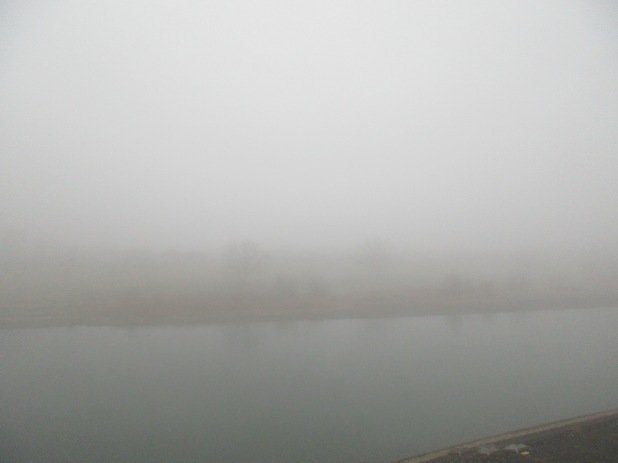 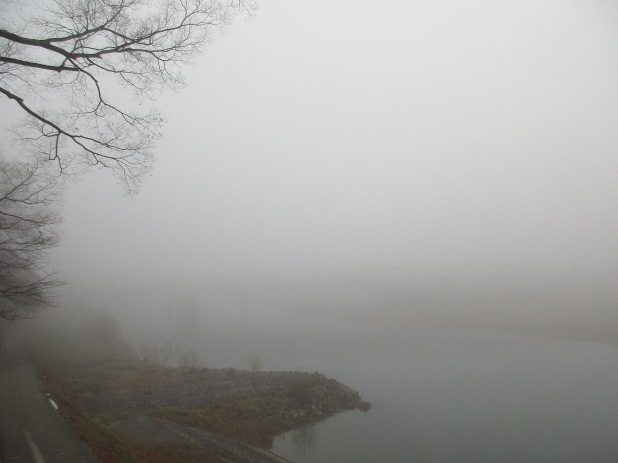 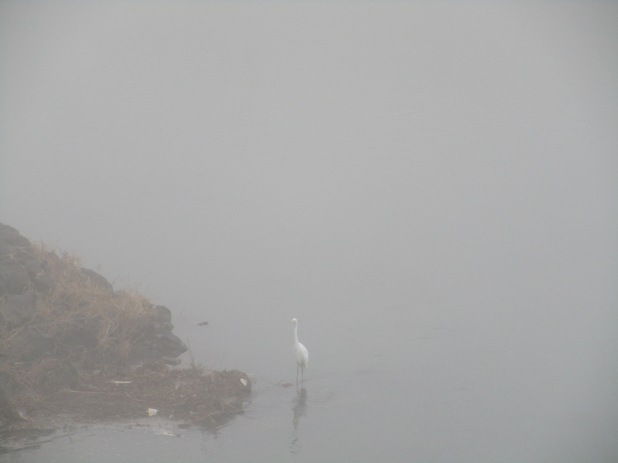 A heron. Swans live in these parts, too. Cranes, however, no longer live in Tohoku. The famous Red-Crowned Crane can only be found in Hokkaido (and then, only a small part of Hokkaido.)

A wild duck. This brown duck is called “kamo” in Japanese. The word for duck that we usually learn (as Japanese language learners) “ahiru” refers to a white duck like Donald Duck. 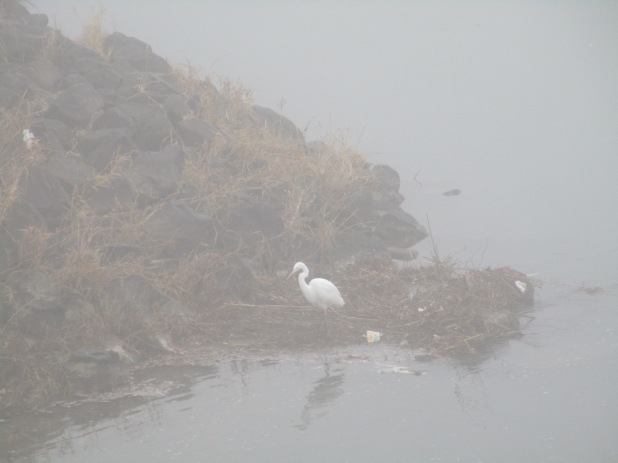 I zoomed in on the heron. 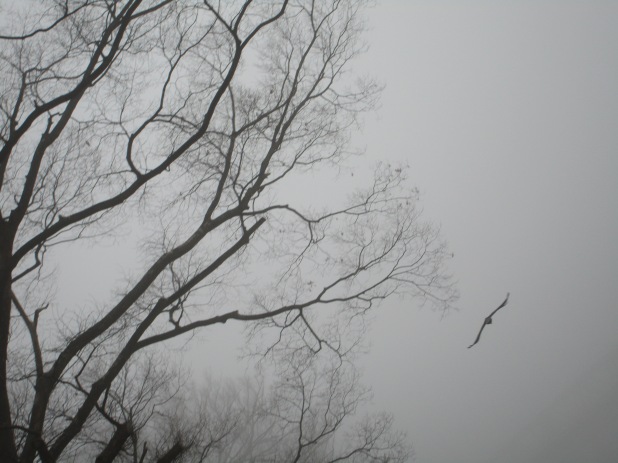 This is a crow. It had been in the tree, cawing, and I thought maybe it was jealous because I had been paying so much attention to the heron. But evidently not, because it flew off when I raised my camera to take its photo.

If you “COME!” to our fine city of Fukushima City, this area in the photos is extremely easy to walk to from the train station. It’s about ten minutes, probably, maybe fifteen.

Tomorrow I will post videos from this foggy morning.