A new era will begin in May in Japan!

The current emperor will retire, passing the throne to his eldest son.

Each reign of an emperor has a different name. Right now we are in the Heisei Era, but very soon this will end. What will the new era be called?

On Monday, it was announced:

Being a non-native speaker of Japanese, I rushed to my dictionary, trying to figure out the meaning of “rei.”

It’s hard to pin down the exact meaning of rei (for me.) Maybe “decree”?  It’s the second kanji in the word “order” meirei 命令

So I will translate “reiwa” as decree harmony. That sounds horrible, though, doesn’t it? 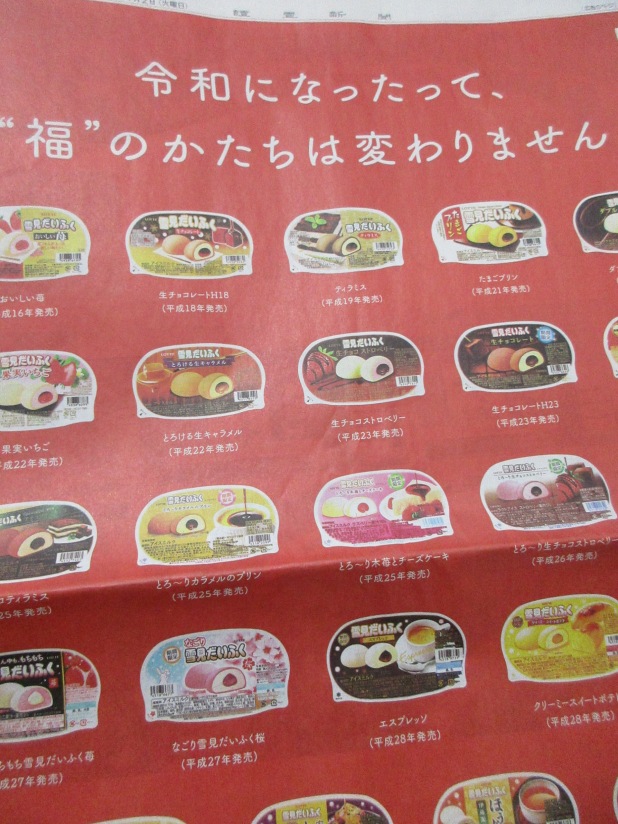 If you’re in Japan now, look for it. Above, it’s part of an ice cream advertisement in a newspaper.

In this photo (above,) I bought lunch for my son at the fast food restaurant “Lotteria,” and the name of the current era’s name Heisei was there next to the menu on the counter.