This article above (from the Yomiuri Shinbun) is a few months old.   The headline translates as “Nuclear Power Plant Accident:  Country and Tepco have Responsiblity”

Basically what it is saying is that a verdict was reached that determined that both the country of Japan (the government) was responsible (because higher walls should have been built along the ocean to prevent tsunami damage) and also TEPCO (the company which owned and ran the power plant) is responsible. 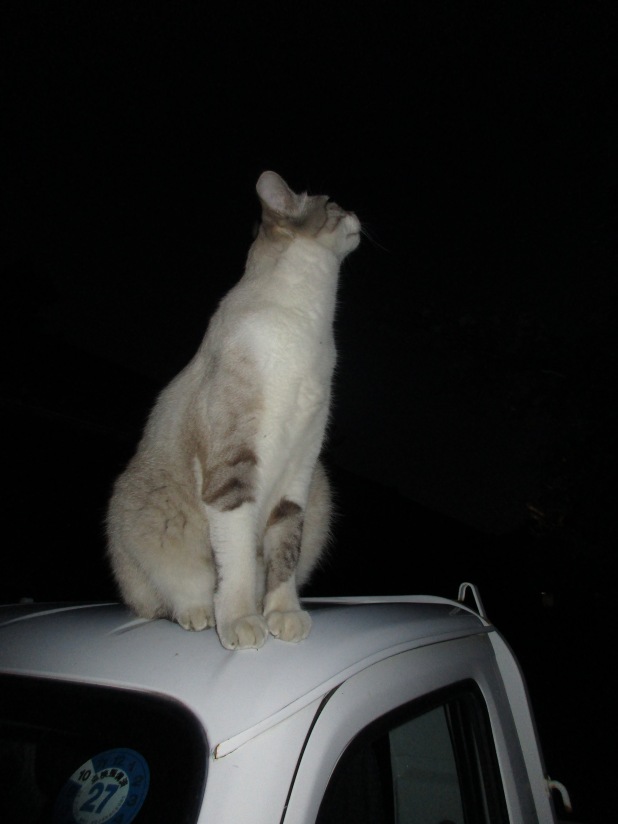 Okay, thank you, Mr. Cat.  Nobody is blaming you.

This has been a big week for nuclear news, but not happy news.

On Thursday, I was reading the news. It appears that seven more people in Fukushima have been diagnosed with thyroid cancer.  Here is the link:  http://www.japantimes.co.jp/news/2017/06/06/national/seven-fukushima-residents-diagnosed-thyroid-cancer/

Radiation affects the thyroid especially, and especially in children.  All the children of Fukushima have had their thyroids checked for anything suspicious.   This includes my son, whose thyroid appears to be fine.

This is a contentious issue–the rise in thyroid cancer.    One side says, “Look!  Thyroid cancers have gone up!  Obviously it is because of the radiation from the nuclear accident!”   And then other people say, “Well…..All the kids and many adults in Fukushima have had their thyroids checked.  (Normally people do NOT get their thyroids checked, unless there is some problem going on.)  When an entire population gets something checked out, doctors are liable to find bumps and lumps that normally would not have been detected.”  Basically saying that it is the screening procedure that detects thryroid cancers early on–cancers that would have existed no matter what.

Me?  I personally am in the middle.  (As usual.  Fence sitting hurts my bottom, but I ain’t moving.)   Obviously, radiation has caused and will cause cancers to develop.  But which ones?  We don’t know and won’t know.     And obviously, a screening procedure will catch both those cancers caused by the nuclear accident, and also those that would have developed anyway.

Anyway, the purpose of this blog is not to sway or convince.    It is to lay out the facts so that you can use your brains (and I know you smarties have them) and figure out the answers for yourself.

“Thank you for having the confidence in me to think for myself!” says Mr. Cat.

And then also in the news this week (but totally unrelated to Fukushima) some workers were exposed to radiation during their job at a nuclear facility.  Let me repeat:  This incident was not in Fukushima at all and has NO RELATION to Fukushima.