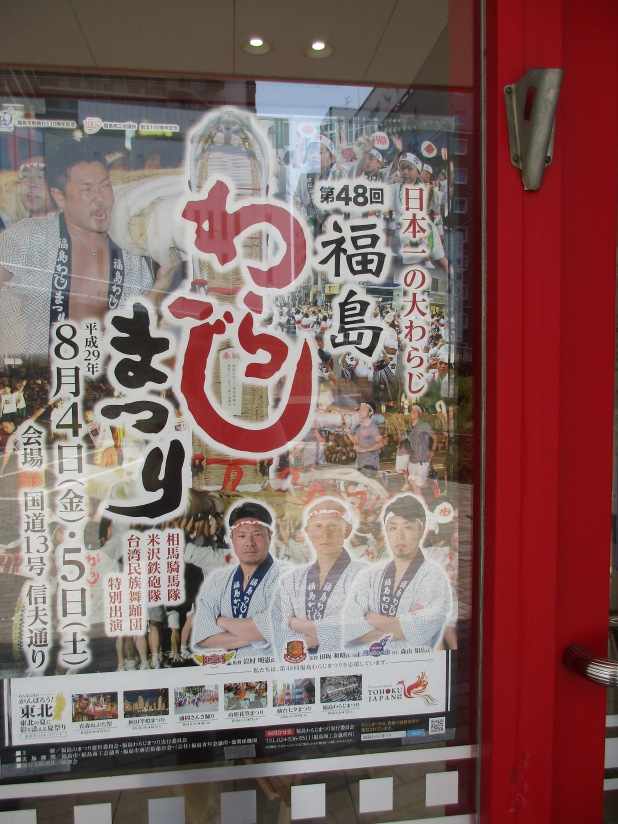 On the right:  Akita…Somethingsomething mumblemumble Festival  August 3rd to 6th, 2017 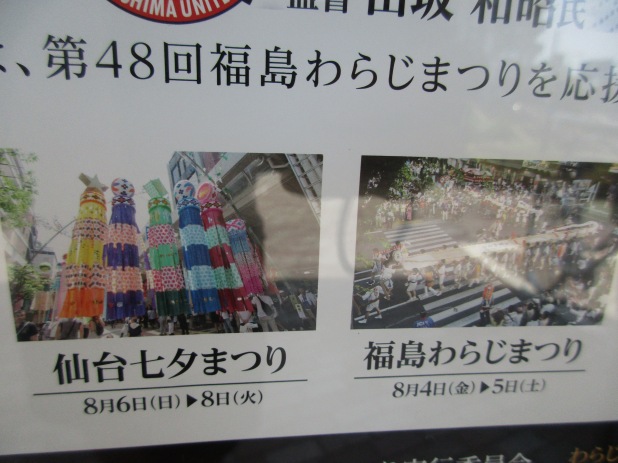 On the left:  Sendai Tanabata Festival  August 6th to 8th, 2017  (Tanabata is now officially in July, but the old traditional calendar celebrated it in August.)

This part of the poster says:

Together, let’s do our best!

And then…don’t forget the more minor festivals.  Every town pretty much has some sort of festival in the summer.    And each one features a kissing booth where you can get free kisses from me.  (Noisily applies breath spray)  Pucker up!