Japan’s most famous flower is cherry blossoms.  However, there are other flowers that appear in great numbers here.  One of these is the hydrangea flower.

Hydrangeas bloom in abundance beginning in June.   Huge blue and purple flower are seemingly everywhere–street corners, school playgrounds, even vacant lots.   The flowers last sometime into July, and then they turn a frightful withered brown.   So they need to be enjoyed in season before these Dr. Jekyll blossoms transform into Mr. Hyde!

I don’t have a car, so I decided to go by train.  The Abukuma train line passes through that area, and has the closest train station.  (Although not that close, really, as I would find out!)

The name of the park is Kubota Ajisai Kouen.  (Literally:  Kubota Hydrangea Park)

I usually do my googling in Japanese.  I find that information is much more complete in Japanese than in English.

The ticket cost 610 yen, one way.  Using the current exchange rate, that is a little over five U.S. dollars. 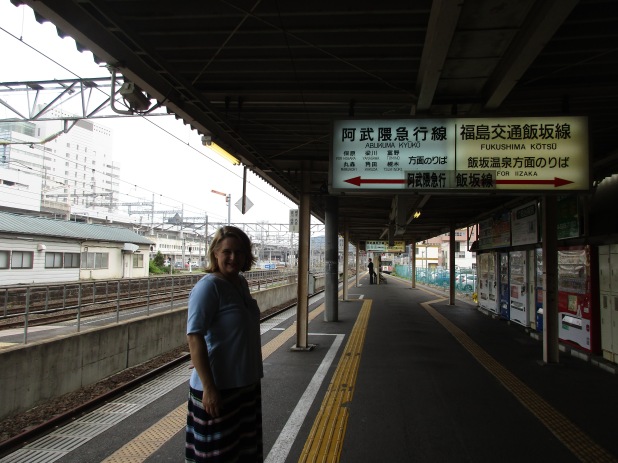 This is me, waiting for my train.  The Abukuma line is in a tiny train station adjoining the main Fukushima City train station (east exit.)  It’s a line that meanders up north through northern Fukushima and into Miyagi Prefecture.

Here’s a poster of it.  It’s kind of a tourist line, but more for Japanese people who are hardcore tourists in Tohoku than for foreigners.

The white circle in the center is my destination.  (Tomino Station.)  Blue indicates a more major station (relatively speaking) and white indicates a station that is minor (which we will learn to mean that there is NOTHING there.)

Inside the train, about to head north. 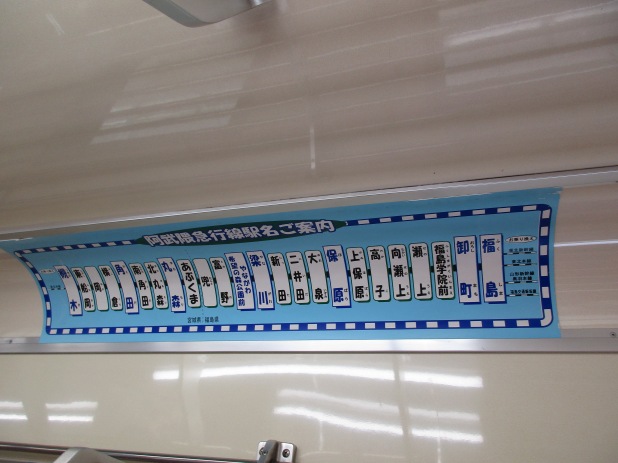 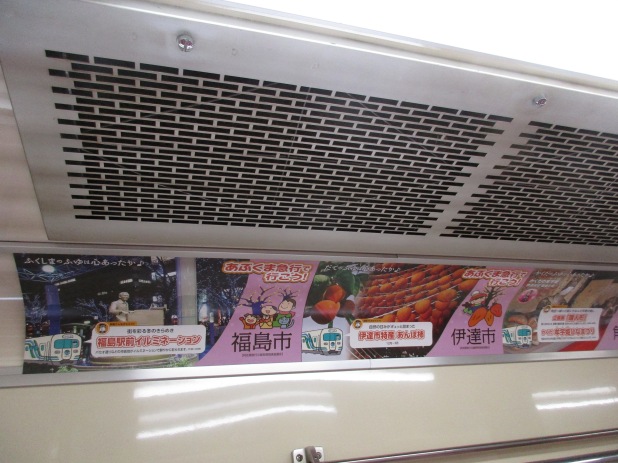 Like I said, it is kind of a touristy train line, so here are posters advertising what you can find along the train line. 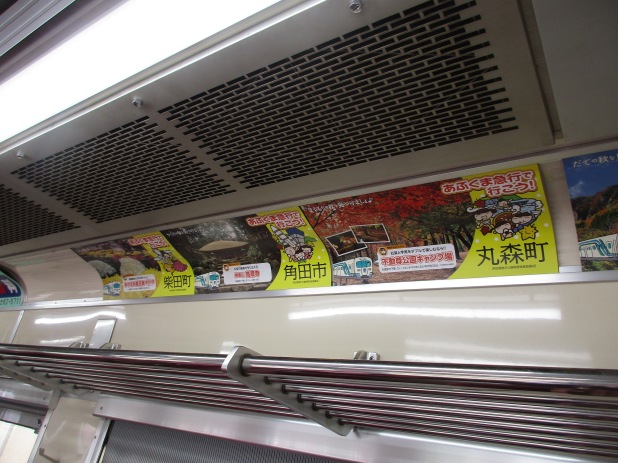 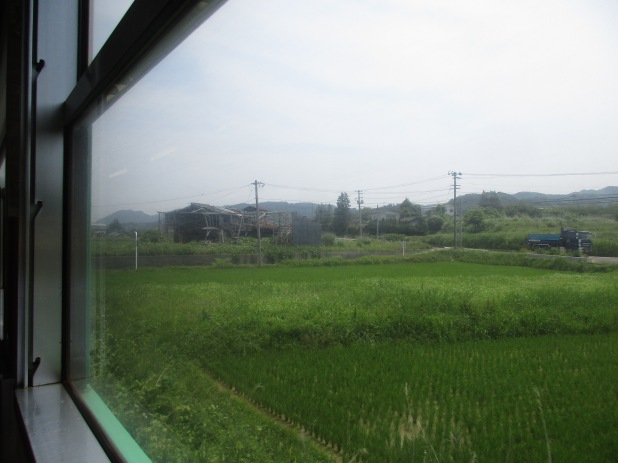 Really close to my destination.  This is countryside, baby.

It took forty minutes to get here by train. 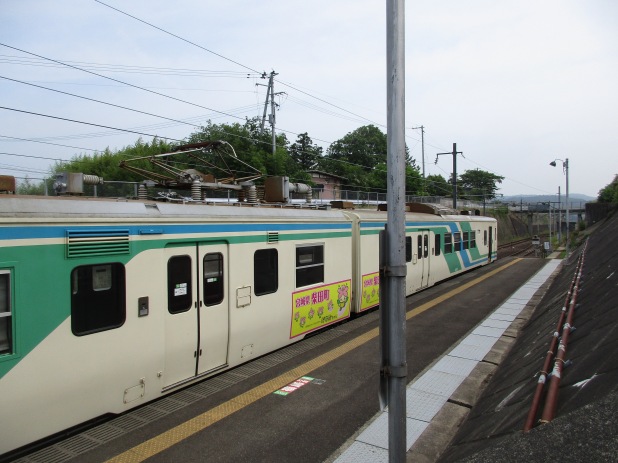 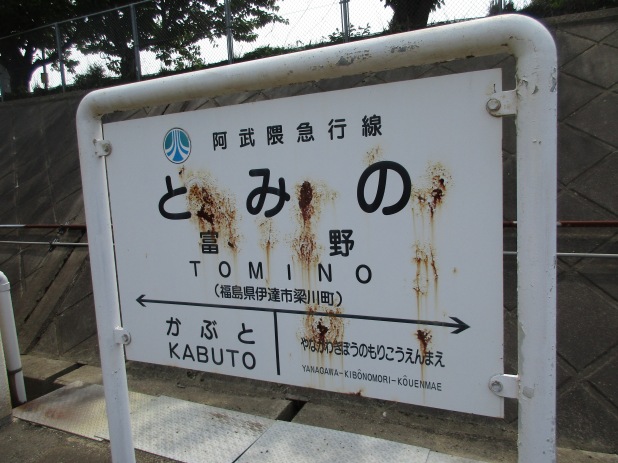 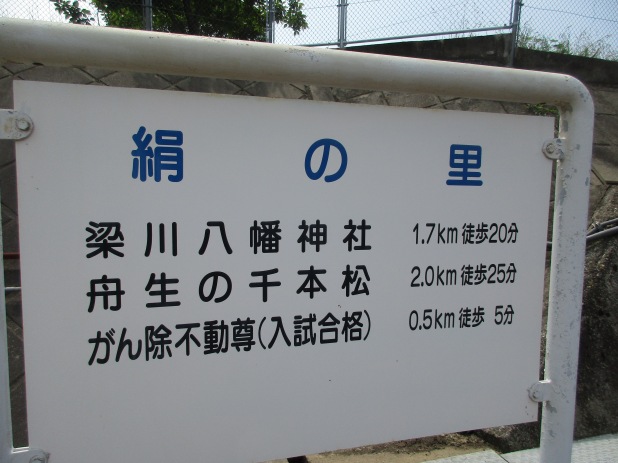 Okay, let’s go up the stairs (the ones on my side.) 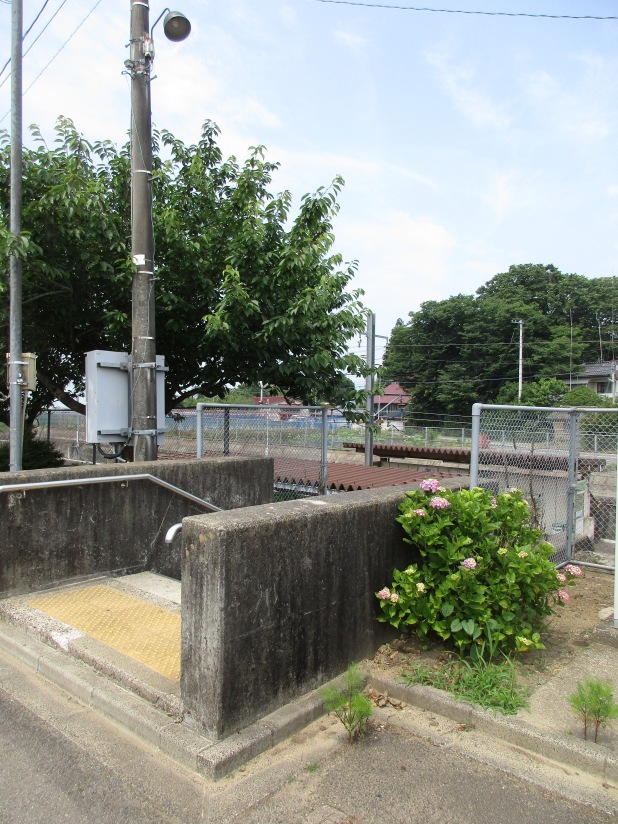 Alley oop!  This is the train station!  (By the way, did you notice the hydrangea bush?  They really are very common in Japan.)

Information about the history of the area.

Stranded?  Am I stuck here?

Luckily I had the foresight to call a taxi company before I left.  And so a taxi arrived to whisk me away to a park of hydrangeas.   Stay tuned!