This is for all you Pokemon fans out there….You know who you are!  My son loves Pokemon and wanted to go to the Pokemon Center while we were in Sendai City.  (The Pokemon Center is actually a shop!  I think the name “Center” makes it sound a little like Disneyland!  Nope, no roller coasters or ferris wheels.  Just Pokemon merchandise!) 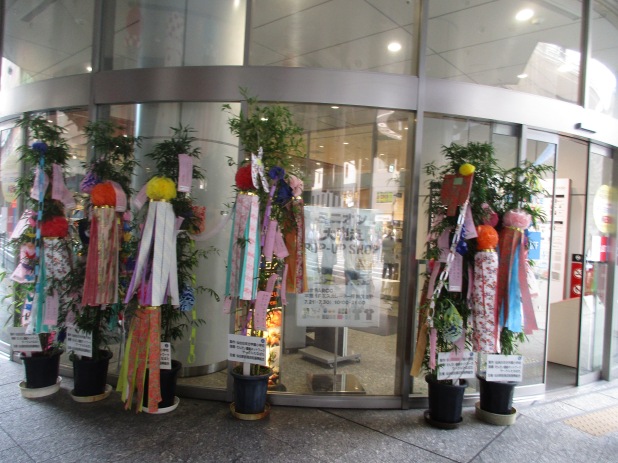 So normally the Pokemon Center has always been in the AER Building, two buildings away from the train station…….. 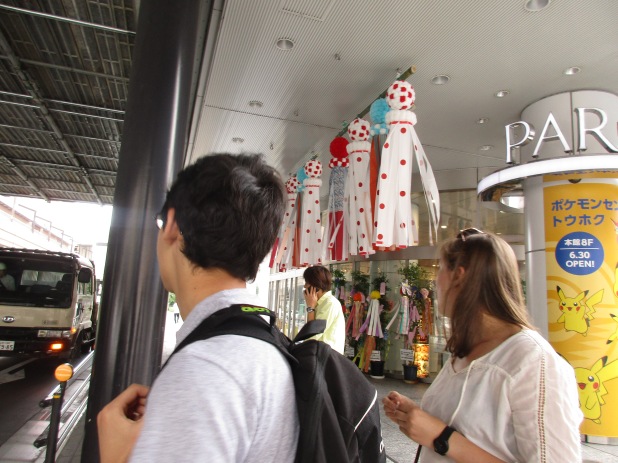 But I am such a silly billy, I didn’t realize that the location has changed to the Parco Building–one building from the station.  You can see the sign announcing the new store in the background of the above photo

Here we go!  Up to the eighth floor!

It’s a lot larger than the former store, about twice a big.  (See my son’s grin?  He loves Pokemon!) 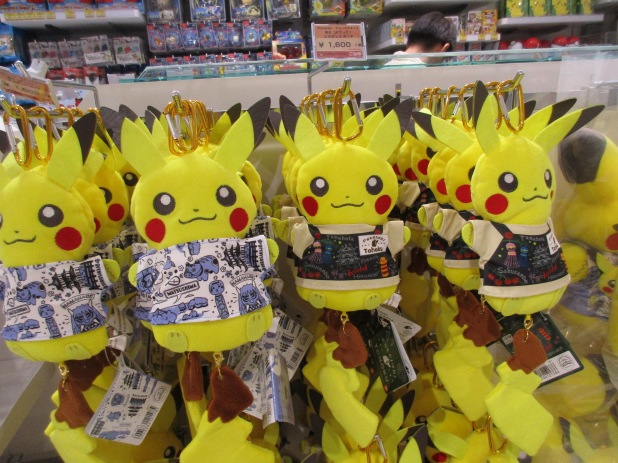 Lots of Pokemon stuff to buy.  The merchandise in the photo is regional–only in the Tohoku area.

Are you a Pokemon fan?  I remember when I was living in Japan during the mid-nineties.  Pokemon was huge in Japan, and I knew that it would soon come to America.  I gave my niece (then eight years old) a Pikachu mask and said that the character would be famous in America…and I was right!

Pokemon originally began in Japan in 1995 and was introduced to America in September of 1998.  Now I can’t imagine life without those little pocket monsters…….