I was posting photos of Niece In Japan 2017 and I wanted to get through that, but here are some photos I took from about a week ago.

Every August, Japan remembers the atomic bombings of Hiroshima and Nagasaki.  And they also remember the day the war ended.  On that day, the emperor announced Japan’s defeat on the radio for all Japanese people to hear.  (And famously, it was the first time the common Japanese people had heard his voice.  And also in that same broadcast, he announced that he the emperor was not a god–a stipulation was set by the Americans that he announce this.)

The photos I took are from an exhibit in Fukushima City. I asked permission to take the photos. Not only was I given permission, I was encouraged to take photos–to spread the word about how horrible war is.

Part of a bomb that landed in Fukushima City. (Not a nuclear bomb, of course!!!!!!)

Clock that stopped when Fukushima City was bombed. 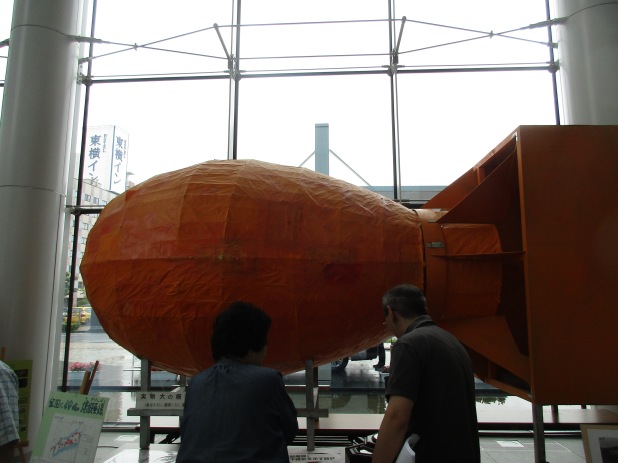 Replica of one of the nuclear bombs.

a Friendship Doll.  (Her name is Mary.)

Books about the Friendship Doll from the U.S.

The book on the left says: “Aoi me no ningyou meriichan” 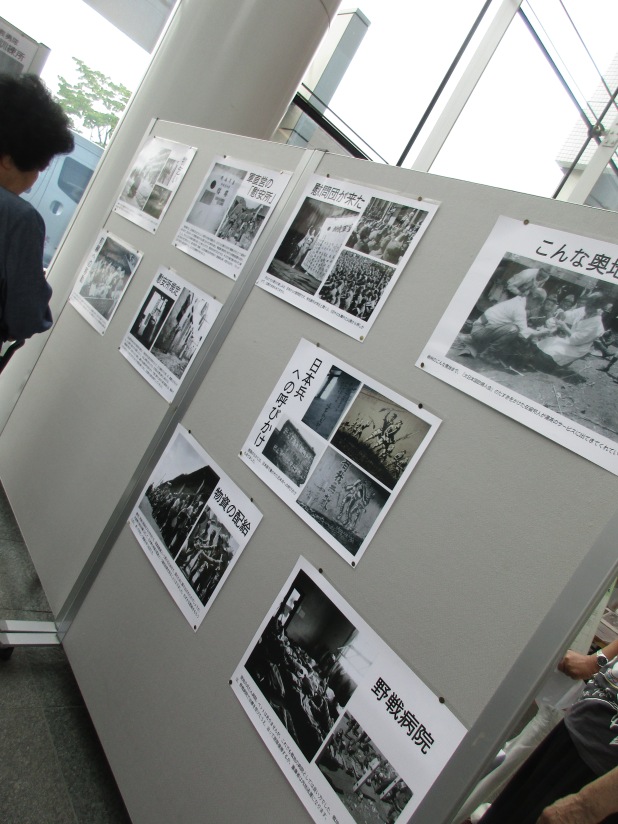 photos taken by Japanese people in China, I believe

photos taken by Japanese people in China, I believe.  (I am not sure if one photographer took all the photos, or if it was several photographers.

This is the small mountain near my home.  It’s called Mt. Shinobu.  I didn’t understand this completely, but it seems there was a secret place located in the mountain for storing airplanes.

This is the location of the secret warehouse, but now it is closed off.  So no entry allowed!

It’s interesting for me to see how World War II affected my own city of Fukushima City. I once asked my elderly neighbor which was worse, the war or the nuclear meltdowns. She said, “Without a doubt, the war.”