On one of our first days in America, my son went to the town of Southlake (close to my parents’ town of Keller) to watch the Incredibles 2. A plus is that the movie theater is next door to a Barnes and Noble. Yay! Japan has bookstores (Maruzen and Kinokuniya perhaps being the most famous) but it does not have Barnes and Noble. And even if it did, it would be stocked with Japanese books. Nothing wrong with that! This being Japan and all.) I like to see what’s out there in the American book world.

I was hungry. Jet lag hunger was gripping me! But I had not realized how extremely expensive the prices were at the cafe in  Barnes and Noble were: 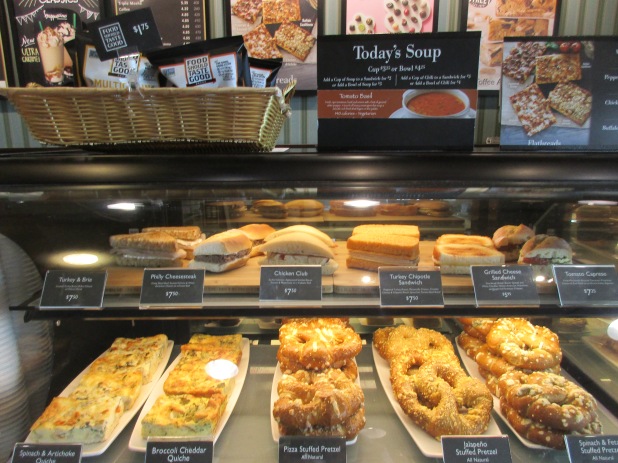 Over five dollars for a grilled cheese sandwich! Wowee Zowee!

I ended up getting just a slice of quiche. Ironically, the quiche was cheaper than the grilled cheese sandwich.

The prices are certainly no cheaper than Japan. I’m often thinking that the U.S. is cheaper (and it is, for certain things like fruits and vegetables) but it really isn’t any cheaper.